The suspension on immigration into the US, which includes several exemptions, is meant to protect American workers during the coronavirus pandemic. 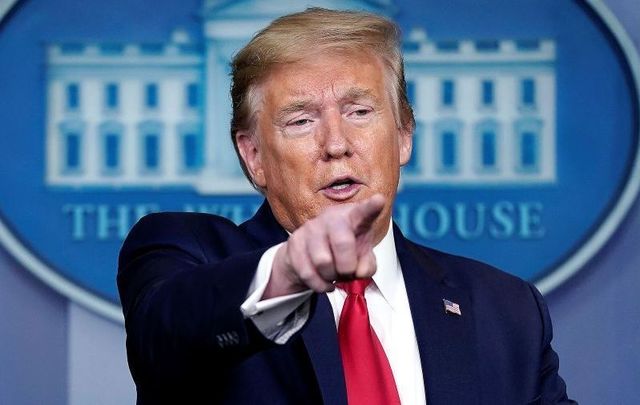 President Trump said the entry of certain immigrants into the US right now would be "detrimental." Getty Images

President Trump says that the entry of certain immigrants into the US during the coronavirus pandemic would be "detrimental."

President Trump has signed a new executive order which will limit immigration into the US effective from tonight, April 23, at midnight.

Read More: President Trump announces pause on immigration into US amidst coronavirus

The details of his “Proclamation Suspending Entry of Immigrants Who Present Risk to the U.S. Labor Market During the Economic Recovery Following the COVID-19 Outbreak” reveal that the suspension essentially only affects new immigrants and provides for a number of exemptions.

As per the Proclamation, which was published on April 22, the limit on entry into the US applies to aliens who:

The limit on entry into the US does not apply to:

While President Trump says the suspension on immigration is meant to protect US workers, he adds that immigration could also cause strain to consular services and healthcare resources. He says in his Proclamation: "I have determined that the entry, during the next 60 days, of certain aliens as immigrants would be detrimental to the interests of the United States."

President Trump announces his suspension to US immigration

President Trump first announced the suspension to US immigration in a tweet on Monday, April 20:

In light of the attack from the Invisible Enemy, as well as the need to protect the jobs of our GREAT American Citizens, I will be signing an Executive Order to temporarily suspend immigration into the United States!

In a press conference on April 21, President Trump said: “We have a solemn duty to ensure these unemployed Americans regain their jobs and their livelihoods. Therefore, in order to protect American workers, I will be issuing a temporary suspension of immigration into the United States, you heard about that last night.

“By pausing immigration, we’ll help put unemployed Americans first in line for jobs as America reopens. So important. It would be wrong and unjust for Americans laid off by the virus to be replaced with new immigrant labor flown in from abroad.”

The Proclamation also asserts that immigration during the coronavirus pandemic would put a strain on consular services and healthcare resources.

Later in the press briefing’s question and answer session, President Trump was asked under what conditions he feels it would be appropriate to lift the immigration ban. He replied: “I think right now, obviously there’s never been, we’re the greatest economy in the world and then one day we had to shut it down, they said ‘you have to shut it down.’ We did the right thing because I think we would have had a million or maybe even 2 million or maybe more than that deaths, so we did the right thing.

“But, certainly this would pertain. When you look at it right now, the last thing we want to do is take American workers’ jobs. It’s one thing when we were essentially, they used to call it full employment, and it’s another thing right now. Right now, we have people that have lost their jobs and we hope that they’re gonna come back and come back fast. Then we can have an even deeper discussion but right now we have to have jobs for Americans."

During a press briefing on April 22,  President Trump said he had signed the executive order:

President @realDonaldTrump is suspending new immigrant visas to put American communities and workers FIRST as we move toward safely reopening the economy. pic.twitter.com/OkYqOPtN8Y

On April 23, he revealed that the executive order was “ready to go:”

At the time of publishing, there are more than 845,000 confirmed cases of coronavirus in the United States, the highest of any country. More than 26 million people in the US have applied for unemployment benefits since March 14.