President Trump has revealed new designs for Air Force One, which last received a revamp by the Kennedys in the 1960s. 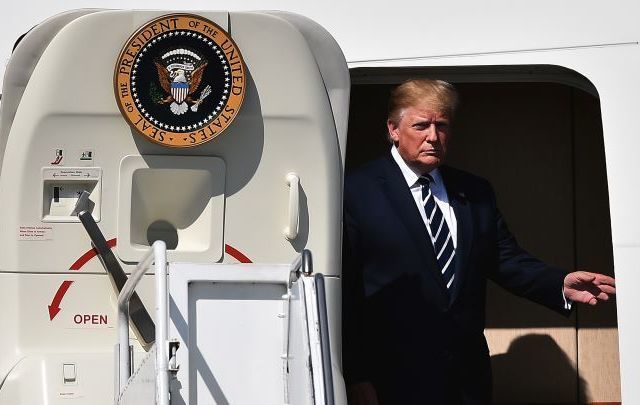 President Trump arrives in Ireland aboard Air Force One on June 5, 2019. Getty Images

President Trump has revealed his new designs for Air Force One, the first revamp that the presidential aircraft has seen since President Kennedy’s time in office.

Read More: Drama as US Air Force plane lands in Shannon in dense fog to save wounded sailor

ABC News spoke exclusively with President Trump who revealed new outlines and color schemes for the anticipated pair of Boeing 747-200B series planes.

The President added: “I’m doing that for other presidents, not for me.” The new planes as designed by Trump will likely not be ready until 2024, the final year of the President's potential second term should he be re-elected in 2020.

Trump noted that there was more than $1 billion taken off of the initial price estimate of the new designs.

“We added things,” said Trump. “There are a couple of secrets.”

In 2018, Fox News reported that President Trump wanted to see Air Force One redesigned so it "looks more American.” He also reportedly wanted to change the so-called “Jackie Kennedy blue” color scheme to one that incorporates red, white, and blue. 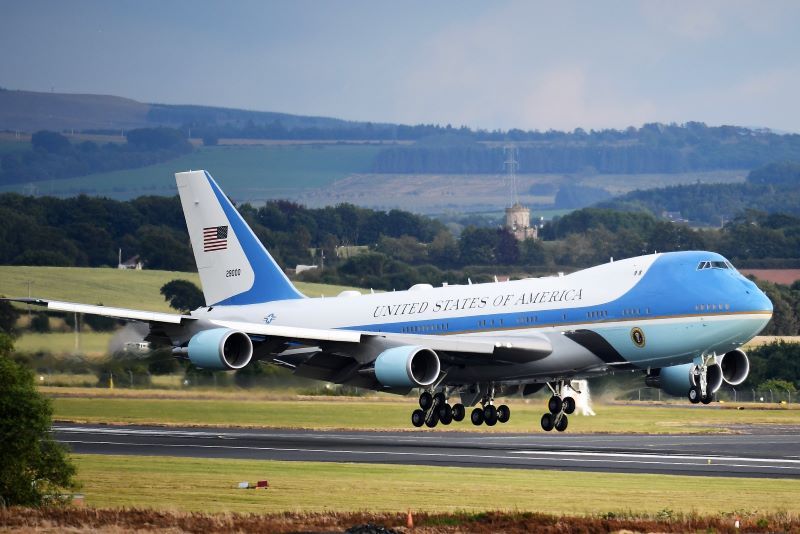 Air Force One last got a makeover in the 1960s under President Kennedy. The New England Historical Society reports that President Kennedy and his wife Jackie, famed for her sense of style, worked with French industrial designer Raymond Loewy to give Air Force One the iconic look it’s known for today.

Jackie Kennedy “had a hand in designing the interior of the plane," the Society reports. She "made sure the president had his own entrance, a customized bed, a stateroom, a conference room, glassware from Tiffany's and a pale blue rug with an American eagle in the center of an oval with 13 stars.”

Time Magazine reports that the current planes used as Air Force One have been flying since 1987: “At that time, President Ronald Regan chose to keep the Air Force One design that had been selected during the Kennedy administration.”

While the planes have changed, the design has remained the same since the Kennedy era.

Despite revealing the redesigns, President Trump’s new plans may be curtailed. CNN reports that on Wednesday, The House Armed Services Committee voted 31-26 to approve an amendment which would limit the decorating options for new presidential aircraft plans in a bid to curb spending.

The Hill reports that Connecticut Democratic Representative Joe Courtney, who introduced the amendment, said: "The president will have an opportunity to make some suggestions and changes to the plane.”

He added: "additional paint can add weight to the plane, additional fixtures inside can also add to cost and delays to the delivery of the plane."

What do you think of President Trump redesigning Air Force One? Let us know in the comments!