It is time to do away with the electoral college

Joe Biden's narrow wins in several swing states prove that the electoral college is no longer fit for purpose. 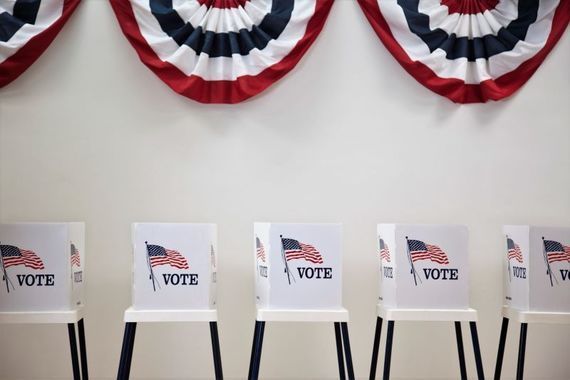 The electoral college has ensured that the Republican Party has remained competitive in presidential elections this century. Getty

The 2020 US presidential election has proved to be one of the most dramatic and tense races in recent memories, but it should never have been so close.

Joe Biden should have won this election comfortably, winning more than four million more votes than Donald Trump in his bid to reach the White House, but he was thwarted by the out-dated, unfair, and frankly, nonsensical system of the electoral college that has stymied Democratic campaigns on three occasions this century alone.

Much like Hillary Clinton and Al Gore, Biden faced the very real threat of winning the popular vote convincingly but losing the election due to close races in several key swing states, and this reality is no longer acceptable.

This is because the electoral college is an antiquated and irrelevant system that almost exclusively benefits the Republican Party.

There are no arguments in favor of the electoral college that cannot be brushed aside with simple logic.

The argument, for instance, that it protects the interests of rural citizens in small states who would be forgotten if the popular vote decided the general election simply doesn’t stand up under scrutiny.

Take Wyoming, for example; a small state that historically votes overwhelmingly in favor of the Republican Party and a state that is commonly referenced by those ardently defending the electoral college.

The electoral college may ensure that Wyoming gets a say in the presidential election, but what of the 73,000 Wyoming residents who voted Democrat this year?

Is it acceptable to discard their votes just because their party lost? Should their interests now be deemed insignificant or unimportant just because they were in the minority in the place where they live?

It is mind-boggling that a country like America, whose culture pervades literally every other nation in the world, can employ an electoral system that allows its citizens’ votes to be simply discarded if their party fails to win the majority in a given state.

In some states, the difference between the two candidates has been minuscule.

Michigan, for example, narrowly voted in favor of Joe Biden in this year’s election, but more than 2.6 million residents still voted for Donald Trump. Yet none of their votes counted for anything at all.

The argument that the electoral college protects smaller states is simply ludicrous. It does no such thing.

Rather than protect the interests of smaller states, the electoral college actually does the opposite, if anything.

A Democratic candidate is never going to waste time or resources campaigning in a red state like South Dakota, for example, while a Republican candidate will never waste their time on a small blue state like Rhode Island, meaning that the interests of a red state are at risk of being neglected if a Democrat wins the presidency and vice versa.

In any case, smaller states are fairly represented through the House of Representatives and the Senate and it is up to their own Representatives and Senators to fight for their own state’s interests. It displays a complete mistrust of the separation of powers to claim that the electoral college – and the electoral college alone – is responsible for protecting the interests of smaller states.

These states shouldn’t be able to hold the US presidency to ransom when they represent an infinitesimal section of the US population.

Meanwhile, the argument that the electoral college prevents big cities like New York and Los Angeles from dictating the direction of American politics is equally ludicrous.

It doesn’t matter where the votes come from; the most important thing is that the majority of people are fairly represented. To argue that the electoral college prevents big cities from dictating the direction of American politics again displays an inherent mistrust in the separation of powers.

The House and the Senate are responsible for representing individual states; the President must represent the votes of the majority of American people.

It is staggering that all states don’t employ a system that awards electoral college votes on a proportional basis at the very least, but it really needs to go further than that because, at present, the election of the most important politician in the world has essentially come down to the difference of a few thousand votes in the states of Georgia, Pennsylvania and Wisconsin.

How is that allowed to happen when the difference between the two candidates in the popular vote this year was larger than the population of 25 American states?

If, after all of this, America is to persist with the electoral college, it needs to urgently re-evaluate how it awards electoral votes to different states.

Take the states of California and Wyoming; the largest and smallest state in the country respectively. California is allocated 55 votes in the electoral college, while Wyoming is allocated three.

California would actually need 203 electoral votes if its citizens are to be granted the same amount of voting power as the citizens of Wyoming, something that is never going to happen.

That is why the United States needs to do away with the electoral college in favor of a nation-wide, ranked-choice voting system that allows the votes of independent candidates to be redistributed among the two main parties.

To do so would enable people to vote for their preferred candidate without accusations of "wasting their vote" and it would also ensure that the most popular candidate among the American people would win the presidency every year.

It will never happen, however.

The electoral college ensures that the Republican Party can remain competitive in presidential elections and the party would struggle to ever win an election again without it given the fact that they have won just one popular vote since 1988.

The Republican Party will never consent to give away the one mechanism that grants them a potential route to the presidency, meaning that future presidential elections will continue to center around the small margins of Pennsylvania and Georgia for years to come.