President of Ireland Michael D. Higgins had declined an invitation because its title referenced a celebration of the partition of Ireland. 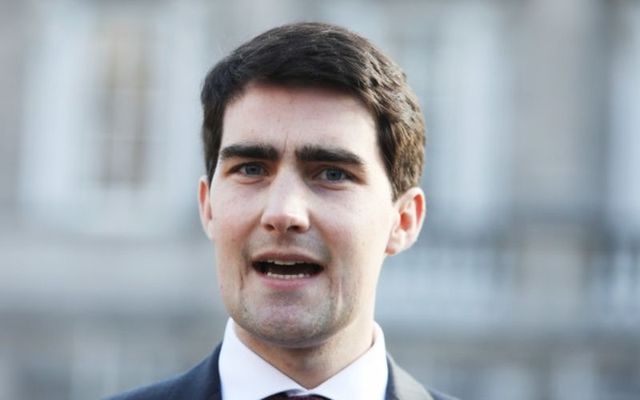 Several members of Fianna Fáil have criticized the Irish Government's decision to send two representatives to a remembrance service celebrating the centenary of the partition of Ireland next week.

Fine Gael TD Simon Coveney, who serves as Minister for Foreign Affairs, and Fianna Fáil's Jack Chambers, the Government's Chief Whip, will both attend the interdenominational church service at St. Patrick's Church of Ireland Cathedral in Armagh on October 21.

President of Ireland Michael D. Higgins had previously declined an invitation to the event because its title referenced a celebration of the partition of Ireland.

According to the Sunday Times, several Fianna Fáil TDS intend to tell party leader and Taoiseach Micheál Martin that the Government should have taken the same line as the President.

The TDs also say that they have faced a backlash from supporters over the Cabinet's decision to send Chambers and Coveney to the service next week, which will be attended by Queen Elizabeth II.

Brendan Smith, who is the chairman of the Fianna Fáil parliamentary party, told the Sunday Times that he was angry by the Government's decision to send representatives to the service.

"I’m not happy about it," he told the Sunday Times. "I’m of the same opinion as President Higgins and I would have thought the government would follow the same line as him.

"The damage that partition did to this country is the concern I have, and I would be happier if there wasn’t a Fianna Fail member of government going to it."

Smith, who is a TD for the Cavan-Monaghan constituency, said that he would facilitate any Fianna Fáil TD who raised concerns about the service at the upcoming party meeting.

Niamh Smyth, a second Fianna Fáil TD for the Cavan-Monaghan constituency, said that she believes no TD should attend the service.

"I’ve received calls from my constituents saying they are Fianna Fail supporters and are overwhelmingly of the view it’s inappropriate to be commemorating partition," Smyth said.

Cowen said that he agreed with the President's decision not to attend the service.

"No matter how well-meaning the organizers are, any semblance of commemoration of partition does not rest easy with us. There’s some disappointment and backlash from members in my own locality."

Several other Fianna Fáil TDs have indicated their opposition to the Government's decision to send Coveney and Chambers to the service.

Sinn Féin also criticized the decision, with party leader Mary Lou McDonald stating that the Government should have followed the President's lead.

"No member of the Irish Govt should participate in the commemoration of partition - a catastrophic event for Ireland. The decision to attend is wrong. Very wrong," McDonald said on Twitter.

Government should follow the lead of Uachtarán na hÉireann, the President of Ireland Micheal D Higgins. No member of the Irish Govt should participate in the commemoration of partition - a catastrophic event for Ireland. The decision to attend is wrong. Very wrong.

Labour Party leader Alan Kelly also indicated opposition to the decision, stating that it would be best if no Irish politician attended the service.

An Irish Times/Ispos MRBI opinion poll found that 68% of Irish people agreed with Higgins's decision not to attend the event.

Around 150 people are expected to attend the event on October 21, although organizers have yet to confirm how many politicians will be in attendance.

It will be simultaneously broadcast on BBC and RTÉ and will be "biased towards young people", according to general secretary of the Methodist Church Heather Morris, who said that the event will have a "greater emphasis on the future than on the past".