The judge called Michelle O’Neill’s failure to nominate a Stormont department to administer the scheme as “fundamentally inappropriate." 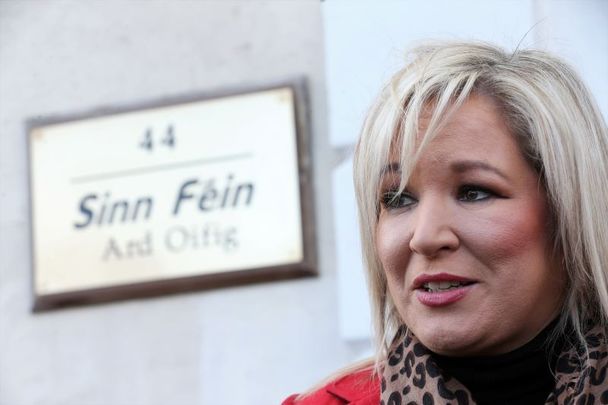 Michelle O’Neill, the Vice President of Sinn Féin and the Deputy First Minister of Northern Ireland, has been accused by a judge of ignoring the rule of law by delaying a compensation scheme for Troubles victims.

Justice McAlinden said O’Neill’s stance in not nominating a Stormont department to administer the scheme, a requirement set out in legislation passed at Westminster, is “fundamentally inappropriate.”

The Press Association has reported the scheme is in limbo due to a dispute between Sinn Féin and the British government over eligibility criteria that are set to exclude anyone convicted of inflicting serious harm during The Troubles from accessing the support payments.

Sinn Féin claims the scheme would be discriminatory and potentially exclude thousands of people from the republican community.

O'Neill has declined to progress the scheme by refusing to allow the Executive Office, of which she is jointly in charge, to nominate a department to administer pension payments.

One case at the center of the controversy is a compensation action brought this week in the Belfast High Court by a woman who lost both legs in one of the worst bomb atrocities of The Troubles.

Read more: Miami Showband Massacre how long must we sing this song? For 45 years and counting

Jennifer McNern is seeking a judicial review of the Executive Office’s failure to introduce the scheme, which should have been open to applications at the start of May.

She suffered life-changing injuries in the bomb attack at the packed Abercorn Restaurant in Belfast on a busy weekend shopping day in 1972. No paramilitary organization claimed responsibility but the IRA was blamed for the atrocity which killed two young women and injured 130 people.

McAlinden told the court, “I see it as one element within Executive Office deliberately choosing to ignore the requirement to comply with the rule of law to express a political advantage.  That is a fundamentally inappropriate stance to take.”

Read more: A detailed look at the IRA escape from Maze Prison in 1983