Derry mayor refused to meet Prince Charles because of his links to the British Parachute Regiment, whose soldiers were responsible for the 1972 Bloody Sunday shootings that left 14 dead. 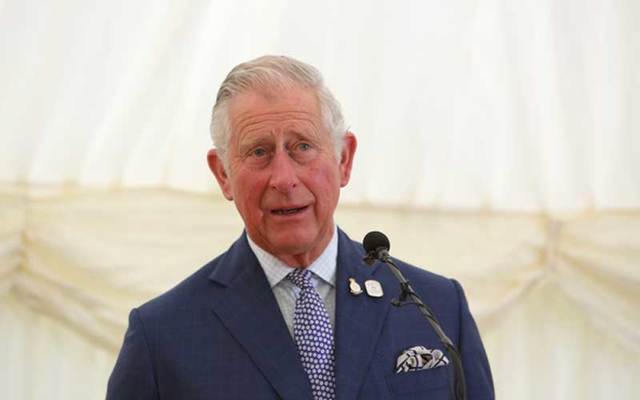 The Sinn Féin mayor of Derry refused to meet Prince Charles on his visit to Derry.

Mayor of Derry and Strabane Maolíosa McHugh cited Prince Charles’ links to the British Parachute Regiment, whose soldiers were responsible for the 1972 Bloody Sunday shootings in Derry, as the reason he would not meet with the prince, who is the colonel-in-chief of the regiment, RTE reports.

Soldiers from the regiment opened fire on civil rights demonstrators in January 1972, killing 13 people. A 14th victim died months later. The killings were deemed unjustified in a long-running public inquiry held into the shootings.

Northern Ireland prosecutors are currently determining whether to charge 18 former paratroopers in connection with the events and are also due to examine files of evidence related to two former official IRA members, RTE reports.

Prince Charles was in Derry to visit communities hit by summer flooding. The prince, who has visited the city previously, has met and shaken hands with other senior Sinn Fein members, including party leader Gerry Adams. 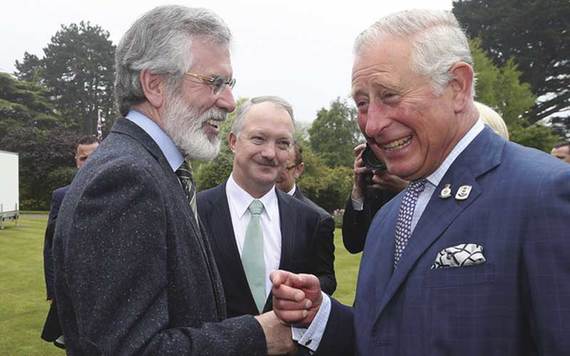 Prince Charles laughs with Gerry Adams during a visit to Glencairn House in Dublin earlier this year. Credit: Damien Eagers/Rollingnews.ie

McHugh said: "As a Sinn Féin elected representative and Mayor of Derry and Strabane, I am fully committed to reconciliation and to reaching out to the Unionist community.

"I also recognize the positive contribution made by members of the British royal family to the search for reconciliation and the need for greater understanding of the different narratives, which exist here.

"Today's visit to Derry by Prince Charles is difficult for many families in the city given his ongoing role as colonel-in-chief of the parachute regiment.

"And while I have supported meetings between Sinn Féin and members of the British royal family, I believe that meeting him in Derry is premature given the ongoing and unresolved sensitivities around the legacy of the massacre carried out by that regiment."

A mural by the Bogside Artists depicting all who were killed by the British Army on Bloody Sunday in 1972. Credit: Wikipedia/CC BY 2.5

A DUP MP, Gregory Campbell, accused the mayor of "retreating to the comfort of backwoods Republicanism.”

"Over two years ago, Gerry Adams met with Prince Charles. He and Martin McGuinness were able to spend 20 minutes in a private meeting with him. Only six months ago, Mr Adams shared a handshake with Prince Charles on the final day of his tour of the Republic of Ireland.

"Today, the Sinn Féin Mayor of Londonderry [sic] is retreating to the comfort of backwoods Republicanism.

"We hear a great deal from Republicans about respect and criticisms of Unionism for not reaching out to recognize other cultures and traditions. It is clear, however, that Maolíosa McHugh does not believe such responsibilities extend to him."