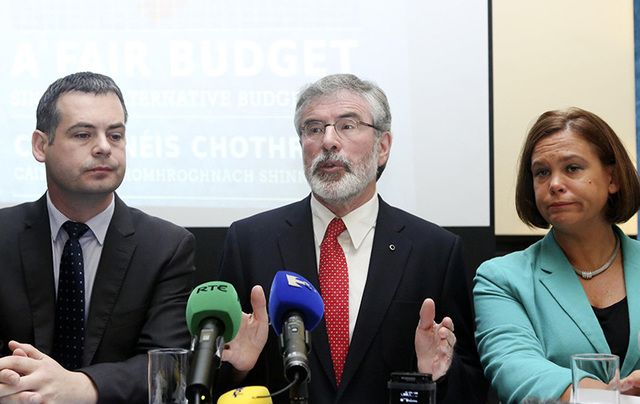 Sinn Féin legislators claimed $1.4 million in public funds from the British Parliament despite not taking their seats.

Sinn Féin candidates are regularly elected to serve as Members of Parliament (MPs) to serve Northern Irish constituencies at Westminster; despite this MPs from the party refuse to take their seats as it objects to the mandatory Oath of Allegiance to Queen Elizabeth II.

No MP can speak or vote in Parliament without having taken the Oath and nor can they draw a salary.

However the rules were changed in 2001 to allow the abstentionist party access to public funds in order to hire staff and carry out constituency work.

Between 2006 and 2016 the amount came to $1.4 million and Martin McGuinness received $128,000 for his work as an MP in addition to his salary and expenses as Northern Ireland’s  Deputy First Minister.

The Democratic Unionist Party (DUP) has long been irritated by such allowances and in 2015 launched a bid to have them scrapped.

"Special privileges were put in place back in 2001 to allow Sinn Fein to claim allowances even though they do not carry out their work or role in Parliament itself," the party’s Westminster leader, Nigel Dodds, said in 2015.

So far their efforts have been in vain but speculation mounted after the party agreed to prop up the Conservatives in government that they might try again.

If they do their efforts will be fiercely resisted by Sinn Féin who argue they need the money to pay staff who help constituents with their problems.

"This money is used to deliver a first class service for our constituents as we lobby and meet with other groups in Britain in terms of ending partition, working against welfare cuts and developing the economy locally to mention a few areas,” Pat Docherty, who represented Tyrone West until the last election, told the Belfast Telegraph.

"Sinn Féin are mandated to represent people and therefore are entitled to this money. We make it very clear at elections that we will not take our seats at election time. If anything, Sinn Féin MPs are discriminated against as they do not receive their salaries from Westminster."