Sinn Féin at the crossroads - what's next for Ireland's most popular party?

Sinn Féin has made historic gains in the Irish general election but faces a crucial decision that could heavily impact the party's future. 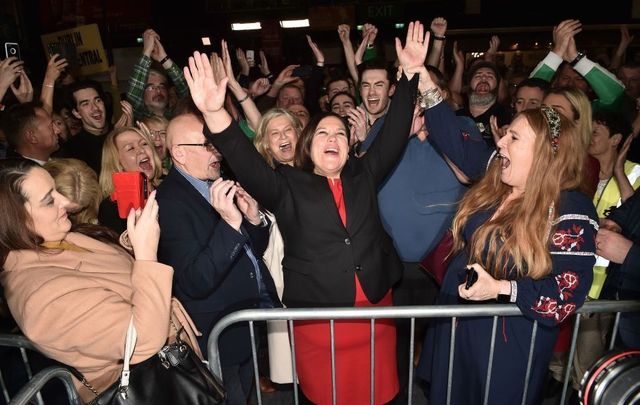 It has been a historic election for Sinn Féin under President Mary Lou McDonald. Getty

Not in their wildest dreams could Sinn Féin have imagined this seismic shift in Irish politics.

Editor's Note: On Monday evening, results from Ireland's General Election 2020 allocated the following number of seats in the Dáil Éireann to these parties: 38 - Fianna Fáil, 37 - Sinn Féin, 35 - Fine Gael, 19 - Independent,  12 - Green, 8 - Others, 6 - Labour, and 5 - Solidarity. With 24.5 percent, Sinn Féin won the popular vote overall. Discussions will now turn to the formation of the next government.

After a disastrous performance in the 2019 local elections which saw the party lose a total of 78 seats in local councils around the country, it appeared that Sinn Féin was set for further losses when a general election was called in January.

As recently as four weeks ago, Irish bookmakers expected them to lose about three of the 23 seats they won in the 2016 general election.

That is perhaps why the party decided to run just 42 candidates in 39 constituencies across the country - a decision that could prove extremely costly.

Because the left-wing party has seen a surge in support that nobody could have foreseen and they actually received the highest amount of first preference votes of any party.

Rather than lose three seats as was forecasted a month ago, Sinn Féin has just increased its representation in the Dáil (Irish parliament) by more than 50% - a staggering jump from 23 to 37.

There is now a strong possibility that they will overtake Fine Gael and become Ireland's second-best represented political party in the 33rd Dáil.

But that decision to run just 42 candidates hinders their chances of forming a government as the dominant political party.

Hindsight is a wonderful thing and, looking back, Sinn Féin could easily have won multiple extra seats had they fielded a second candidate in several constituencies around the country where there was a huge surplus of votes for the party. 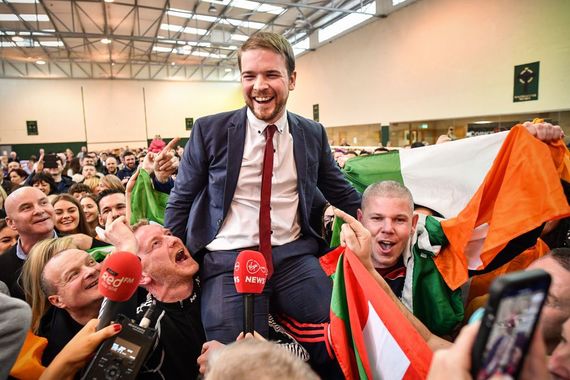 But they didn't and, as a result, are stuck in limbo between being the minority party in a coalition in government and being the most popular party in the country.

Hopes of forming a left-wing coalition with smaller socialist parties like the Social Democrats and People Before Profit are far-fetched and the only chance Sinn Féin has of forming a government appears to be if they join forces with either Fine Gael or Fianna Fáii.

It leaves the Sinn Féin hierarchy with a crucial decision to make that could define the party's future for decades to come.

While Sinn Féin will just about be the minority party if they enter into a coalition with Fianna Fáil (currently expected to take 39 seats), they can still form a left-wing majority.

Ireland's political history is riddled with examples of the smaller party in a coalition government being punished by the electorate for Fine Gael and Fianna Fáil's misdeeds.

Labour, for example, won 37 seats in 2011 and formed a coalition with Fine Gael that introduced widespread austerity. Barely a decade on, the Labour Party stands on the brink of extinction and looks set to secure a maximum of five seats.

The Progressive Democrats - a party that frequently entered into coalition with Fianna Fáil in the 1990s and 2000s - actually was extinct in 2009.

Meanwhile, the Green Party, who fatally formed a coalition government with Fianna Fáil in 2007, were decimated in the 2011 general election, losing all six seats they had obtained in 2007.

Sinn Féin can avoid the failings of previous parties who have fatally entered into government with Ireland's two dominant parties though.

As it stands, Fianna Fáil and Sinn Féin do not have enough seats between them to form a majority and so must rely on the support of at least one other smaller party.

It would be in Sinn Féin's best interests to strike a deal with the similarly aligned Social Democrats or People Before Profit, which would mean that, for the first time ever, an Irish coalition would be predominately left-wing.

Fianna Fáil is unlikely to agree to this, however, and a partnership with the more centrist Green Party is far more likely, although it still would result in a left-leaning coalition.

Even then, would it be a good idea for Sinn Féin to enter into government?

They must not look to the lessons of the bygone coalitions of Fine Gael and Labour in 2011 and Fianna Fáil and the Greens in 2007, but instead to a far more pertinent coalition in 1948.

The general election of the same year resulted in Ireland's first-ever coalition, and its most politically diverse.

In a bid to defeat Fianna Fáil, Fine Gael entered into government with a smattering of small left-wing parties in what was seen as a massive moment in Irish politics.

Except it wasn't. Three years later, it was back to normal as Fianna Fáil swept back to their throne.

Some scholars believe that those left-wing parties had missed an opportunity to drive Fine Gael and Fianna Fáil into a coalition and cause a left-right schism in Irish politics that still does not exist.

Sinn Féin is faced with a similar conundrum over 70 years later.

To enter into a coalition with Fianna Fáil might simply result in either Fine Gael or Fianna Fáil rising to the top in five years time, all the while stalling the momentum the left-wing has built in Ireland over the last few years.

However, if Sinn Féin can force them to go into government together, then it really will be a seismic change in Irish politics.

Fine Gael and Fianna Fáil have been political rivals since the parties were formed, but they have almost identical ideologies.

Both are centre-right parties with similar economic policy and only really differ in how they sided in the Irish Civil War - almost 100 years ago. 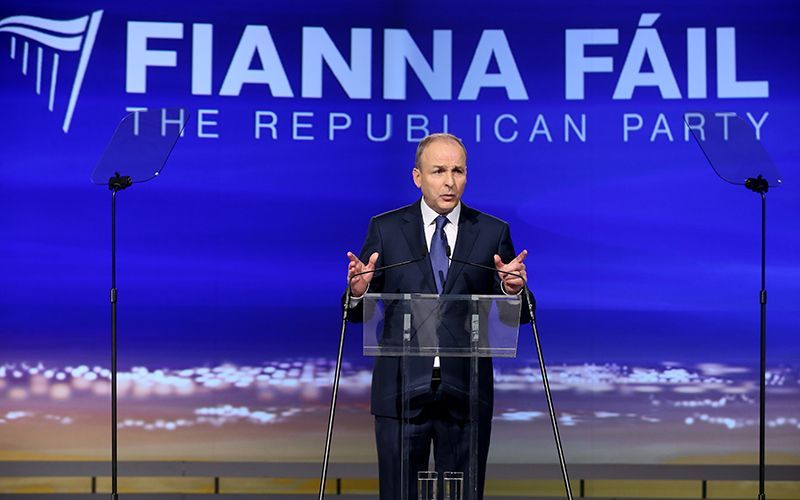 This is a historic opportunity to push them into coalition together and force a true left-right divide in Irish politics for the first time in the history of the state.

Ireland is the only country in Europe never to elect a left-wing government and, unless there is a second election in 2020, it doesn't appear that that will change this year.

Having said that, a left-wing government appears possible in the near future and just how quickly that comes to fruition is entirely dependant on Sinn Féin.

If they refuse to go into coalition, then the country will be required to vote again - and is that really that bad for Sinn Féin?

A second election allows them to run more candidates and, with the benefit of hindsight, they could target roughly a dozen constituencies where there was enormous support for the sole Sinn Féin candidate.

A second election could actually result in a completely left-wing government with Sinn Féin at the helm.

There is also a possibility that the Irish electorate would be even more disenfranchised with the hegemonic parties than they already are if they are forced to go to the polls again.

They can either go into government with Fianna Fáil and restore the status quo in Irish politics or they can rock the establishment even more than they already have done.