Ireland's Minister for Foreign Affairs Simon Coveney said he believes there will be strong global support for a UN resolution against Russia at an emergency general assembly later on Monday. 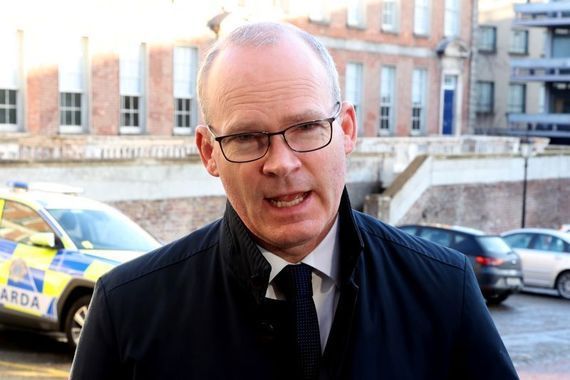 Ireland's Minister for Foreign Affairs Simon Coveney has said he believes there will be strong global support for a strong UN resolution against Russia at an emergency general assembly later on Monday.

"And in many ways, what this is about, is sending a very clear message to the Kremlin that the world is enormously critical and angry with what Russia is currently doing and demand that it stops."

Coveney was responding to a question about whether an emergency special session of the UN General Assembly, which is set to take place today, can change the situation.

Coveney said delegates will be working hard to ensure that the maximum number of countries back the resolution. He also said that Russia will lean on certain nations to vote against the resolution but added that he believes these nations will be small in number.

He also added that Ireland will be contributing almost €10 million in non-lethal aid to Ukraine, contributing to the purchases of items such as helmets and vests.

Ireland is providing the aid as part of an EU package to Ukraine and Coveney said the EU was entitled to provide both lethal and non-lethal aid to under a European peace facility that allowed the EU to intervene and prevent conflict in different parts of the world.

"Our contribution to the peace facility will be non-lethal in terms of weapons. But that does not mean we won't be supporting the Ukrainian military - we will be," Coveney told Morning Ireland.

Coveney said he would have to question the "moral substance" of the EU if it didn't take a stand with Ukraine when it is "being pounded by one of the most powerful armies on the planet in an unprovoked, aggressive way".

He said he understands why so many people want Yury Filatov, the Russian Ambassador to Ireland, expelled from the country but said the Government wants to keep all lines of communication open to assist Irish citizens in both Russia and Ukraine.

However, he said other Russian diplomats and officials may be expelled from Ireland in the coming days.

Elsewhere, Coveney said in a statement early on Monday that he "strongly condemned" President Putin's announcement that he has put Russia's ‘deterrent forces on special combat duty’.

Coveney said: “This threat of nuclear weapons is utterly unacceptable. President Putin’s announcement represents a dangerous and irresponsible escalation in tensions, and considerably heightens the risk of catastrophic miscalculation.

"There can be no justification for threatening use of nuclear weapons. Ireland has long argued that nuclear weapons offer no security, and their use would result in devastating humanitarian consequences.

"I recall the statement of the heads of the five Nuclear Weapon States, including President Putin, just last month, that ‘a nuclear war cannot be won and must never be fought.'

“I call for Russia to immediately revoke the order to place nuclear weapons on high-alert status, and I urge maximum restraint, de-escalation and the avoidance of any nuclear rhetoric which will only worsen an already dangerous and unpredictable situation.”