Irish politician Richard Boyd Barrett hopes that Bella Hadid's acknowledgment of People Before Profit on her Instagram stories might generate the interest of younger generations. 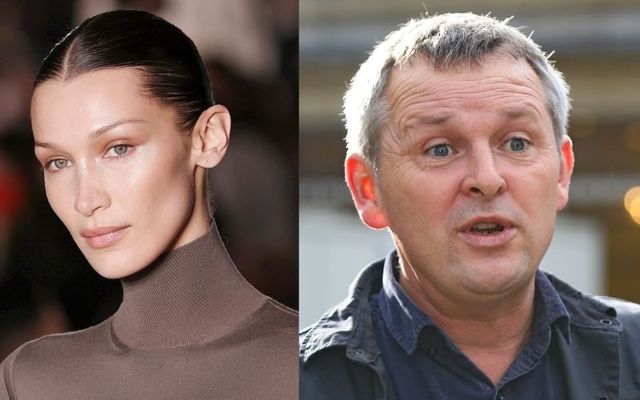 Richard Boyd Barrett, a People Before Profit (PBP) TD for Dún Laoghaire, got an unexpected mark of support on Instagram this week from American supermodel Bella Hadid.

On March 31, Hadid shared with her more than 50 million Instagram followers one of Boyd Barrett’s posts that highlighted the Irish government's disparity between funding for horse racing and domestic violence refuges: 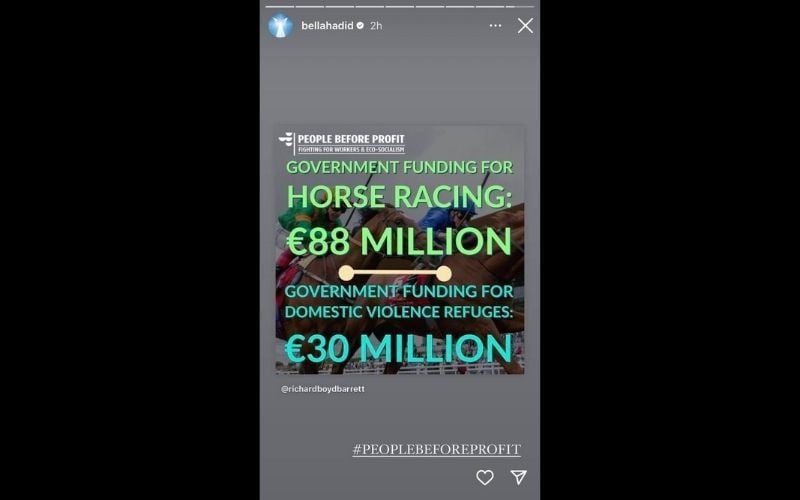 Boyd Barrett’s post, originally shared on his feed on January 18, read: “Did you know the government gives more money to the horse and greyhound racing industry than to domestic violence refuges?

“The Istanbul Convention on combatting domestic violence and violence called for one refuge for every 10,000 of population.

“In total Ireland is only providing 29% of the Istanbul Target.

“And the government want us to believe they care about women's safety?”

After Hadid shared his post, Boyd Barrett reposted the supermodel’s story saying in part, ”glad to connect with a fellow activist,” with a Palestinian flag emoji. (Hadid is half-Palestinian, her father Mohamed Hadid was born in Palestine and fled with his family in the 1940s.) 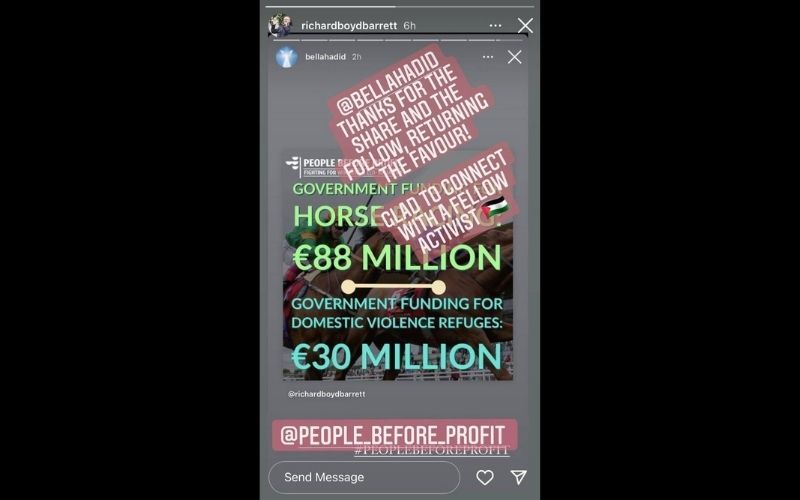 Boyd Barrett has now joined the exclusive club of fewer than 750 accounts that Hadid follows on Instagram. The Irish politician has. in turn, followed her back.

Boyd Barrett has since told Independent.ie: “I think it’s very nice that someone who has a lot of followers shares some of our campaign priorities.”

The Irish politician acknowledged that he's not sure why Hadid shared his post, but he said: “I suspect the reason why she followed me is because of our campaigning work around Palestine because she is particularly, as far as I understand, an advocate for Palestine and some of the videos and speeches I’ve done on Palestine have been shared very widely international. So, I suspect that’s how I can on to her radar.”

He added: “Certainly, I hope it might generate interest among younger people and Instagram followers of some of the campaigning priorities of PBP, which is a simple political message that people should come before profit in relation to many of the big problems the world is facing.

“Hopefully that is an idea that is resonating more internationally."