There is one place in Ireland where Donald Trump is beloved, and they can’t wait for his arrival this week. 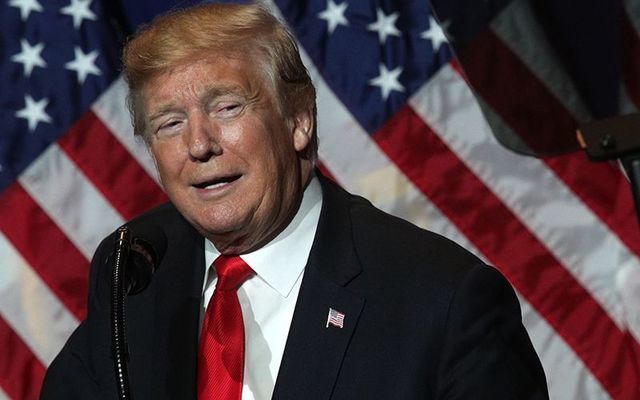 President Donald Trump is set to take his first trip to Ireland since his election. Getty Images

There is one place in Ireland where Donald Trump is beloved, and they can’t wait for his arrival this week.

Donald Trump may be the most disliked American president in history in Europe but the small Clare town of Doonbeg cannot get enough of him.

He will be staying in his Doonbeg hotel and golf course property during his Irish stay this week and locals are delighted. The complex employs 300 people, a huge number of jobs in a small rural area.

Trump bought Doonbeg two years ago for $ 15 million but has never visited as president.

“It will put it on the map. There are not too many celebrities that come to Doonbeg,” says local Joe Pender, speaking to The Irish Times.

“I fed cattle on it before Donald Trump made a golf course out of it. My brother sold the 120 acres where the golf course is now. I know every inch of it”

Tommy Tubridy is a local pub owner who will welcome the visit warmly and hopes the president drops in.“We have nice spring water here in Doonbeg. It should be lovely,” he says.

“Make Doonbeg great again. We are going to be repeating his words,” says on villager to The Irish Times.

“It is good PR. You couldn’t buy this publicity,” says another Tommy Comerford also owns a pub in the village. He hopes protesters “behave themselves.”

“He is just coming to relax, play a game of golf and, as a visiting dignitary, we respect him,” he says.

James Griffin, another Doonbeg resident says: “People divorce Donald Trump the owner of the golf course from his politics. People have their own ideas about his policies. The big thing here are the jobs he supports.”

Hugh McNally, owner of Morrissey’s pub says he could not survive without business from Americans playing the Trump golf club “It is a green shoot that this small village is being offered that you don’t see any other village in rural Ireland being offered.”

“The golf course to us is akin to the whole technology sector in Dublin. There are 300 people in Doonbeg, that is worth is about 10,000 jobs in Dublin,” says McNally.

Local business woman Rita McInerney says it is a pity folks can’t get along.

“The Taoiseach and public in general cannot separate Trump International from President Trump. We can. We do not agree with many of his policies, on immigration, on how he treats women, but we still support his investment in the area,” she says.

Meanwhile, Joe Russell, general manager of Trump Doonbeg, denies Trump cheats at golf as he has often played with him.”The two games we played with him were two cracking games, and there was none of that nonsense that you have described with the mulligans – it doesn’t happen.