The savage business of sorting out the next candidate for president in the Democratic Party is underway. 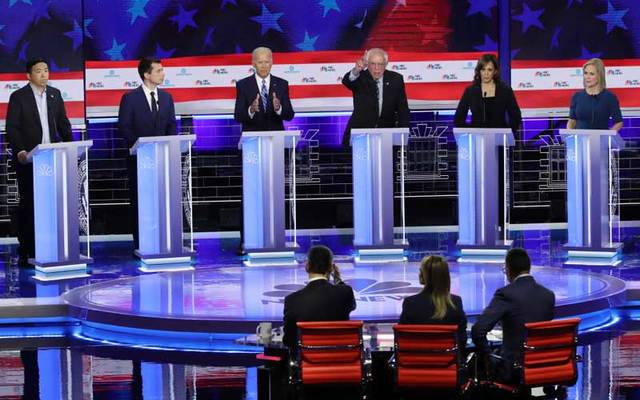 The savage business of sorting out the next candidate for president in the Democratic Party is underway.

The good news is that there are several fine contenders well able to take the wannabe Putin down in 2020. I am thinking the slogan should be “Make America Well Again.”

The bad news is that the media is playing favorites by the week. Elizabeth Warren was the flavor of the month, now the focus has shifted to Kamala Harris.

Read More: Game of Dems - Why Elizabeth Warren will win the first debate

Oh, and Joe Biden is in trouble already because he’s basically old.

And Beto O’Rourke underperformed, so he might as well head back to El Paso.

All in two night’s work.

It’s like calling a game in the first inning, paying out on a horse race after one furlong, declaring the swimmer who hits the water first the winner. 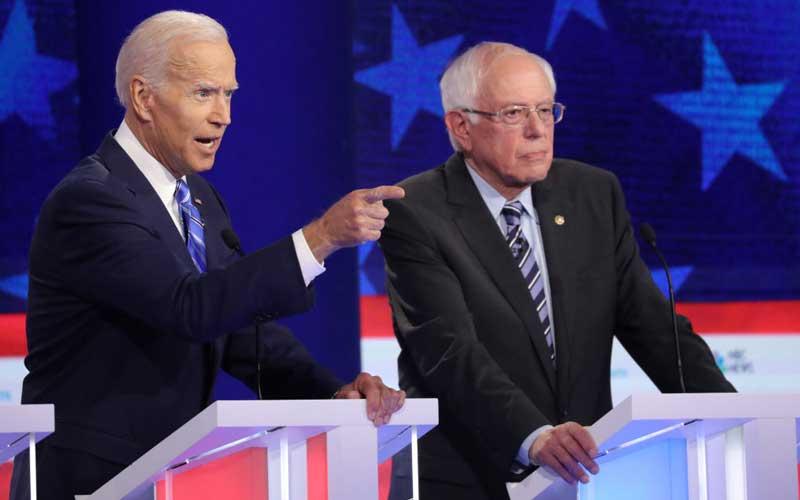 A few years back I remember John Kerry coming in as a hopeless loser to Iowa and New Hampshire and emerging as the favorite. I remember the exact opposite happening to Howard Dean.

Far in the distance is the glimmer of Iowa and New Hampshire. Before they get there, there are peaks and valleys, mountains and ravines to traverse. We’ve only just begun as The Carpenters sang back in the Age of Aquarius.

The only thing we can sensibly do after one debate is clean out the camp followers, the pols who are not going to make it.

That includes Kristen Interruptus Gillibrand who was shrill, unconvincing and somewhat obnoxious it seemed. John Delaney the former congressman has little to add, Tim Ryan, who was a one-note Johnny (he might as well have hung up a sign “I’m From Ohio” for all else he had to contribute). 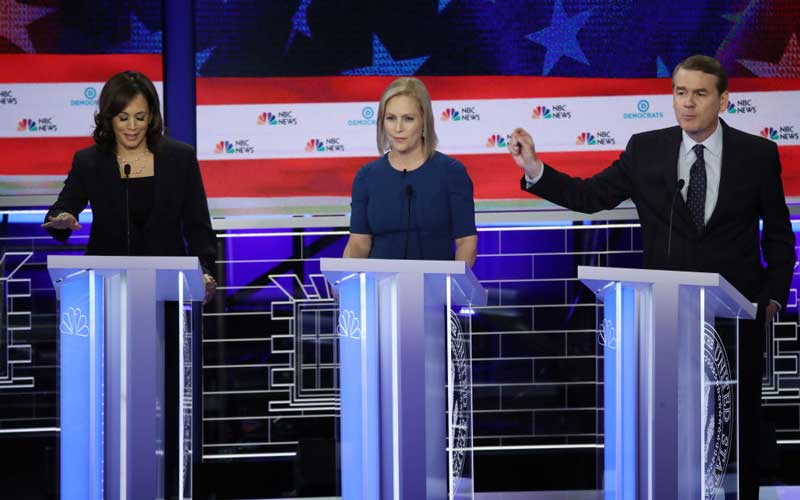 Also forget about Andrew Yang and Marianne Williamson who talked like she was at an “Up With People” convention, Mayor De Blasio who is so harshly disliked I almost feel sorry for him, Senator Bennett and John Hickenlooper (who kinda lived up to his name with that undertaker haircut), Inslee from Washington, Smallwell from California, to name but a few. I think they all traveled far but in vain and are hangers-on who failed to catch on.

As for the winners, the two African American candidates Cory Booker and Kamala Harris stole the two nights.

It is useful I think to imagine the person on a stage with Trump the biggest presence on the planet. To me, Elizabeth Warren seemed to shrink during the debate after the first hour. Just on the optics, she would have a tough time with Trump.

Booker, on the other hand, looked like he really wanted the job and has a great back story I think he is likely to improve as well and if Biden falters he and Harris will have the inside track for the African American vote.

Harris had a great debate, no question. Trump will also fear her--as a former prosecutor she will not fear him she’s faced a lot worse. She also has a warm, calm presence which will help. 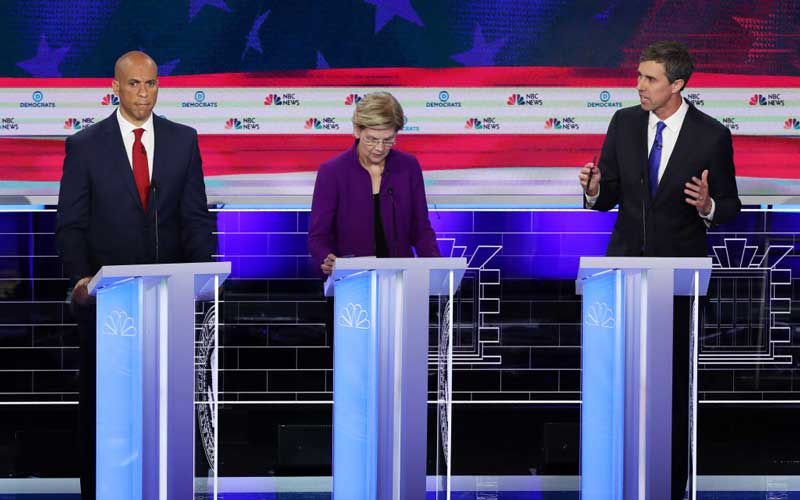 As a Black African American Indian woman, she would make a lot of Americans feel well again if elected.

Read More: Joe Biden too far ahead too early? History would say yes

O’Rourke is now widely dismissed after a so-so debate. His silly Vanity Fair interview where he said he was born to this has turned the media off. Can he switch folks on again? We will see. As for Castro he was probably the surprise packet among the lesser tier and is edging towards the top he is also the guy who can canvas the most by being two places at one time due to his identical twin brother.

Finally to Joe Biden, a great man who has given the country almost fifty years of service.

But the question is do we get to the future through the past? I don’t think so and neither do an increasing number of people. Yet Biden could prove us wrong--

The second night especially was rambunctious and riveting. The long march has begun to defeat Trumpism and I, for one, can’t wait to see this contest.