Donegal County Councillor Michael McMahon has claimed that undocumented Irish immigrants are feeling left behind in the US, adding that no progress has been made on a policy that will allow them to return to Ireland. 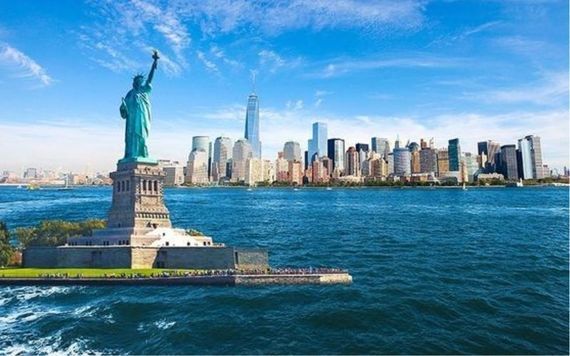 A councilor in Donegal is calling for increased protection for thousands of undocumented Irish immigrants in the United States.

Donegal County Councillor Michael McMahon has claimed that undocumented Irish immigrants are feeling left behind in the US, adding that no progress has been made on a policy that will allow them to return to Ireland.

"These people left this country through no fault of their own, in the late 80s and early 90s, and got employment in America when they intended to stay maybe four to six months, or maybe 12 months and they have settled down," McMahon told Donegal Daily.

"They have contributed very much to the local economy in America, whether it be in New York, San Francisco, Chicago, wherever they live."

McMahon has raised a motion with the Donegal County Council to ask the Department of Foreign Affairs to take a more proactive approach to the undocumented Irish in the US.

He believes that President Joe Biden's strong Irish heritage offers an opportunity to make progress on the issue.

"We have the President very close to Ireland, who talks a lot about Ireland I think there is a great time now to have the conversation with him," he told Donegal Daily.

He also called for an all-party committee to be set up to advocate for undocumented Irish immigrants in addition to an envoy to liaise with the undocumented community in the US.

The Department of Foreign Affairs recently told the Irish Times that addressing the situation facing undocumented immigrants has been a top priority for successive Irish Governments, including the current coalition.

However, the Department said the Covid-19 pandemic has limited the Government's scope to influence policy-makers in the US.

The exact number of undocumented Irish immigrants in the US is unknown, although estimates place that figure anywhere between 10,000 and 50,000.