Successful applicants will receive immigration permission and access to the Irish labor market, while they will also be able to begin their pathway to citizenship. 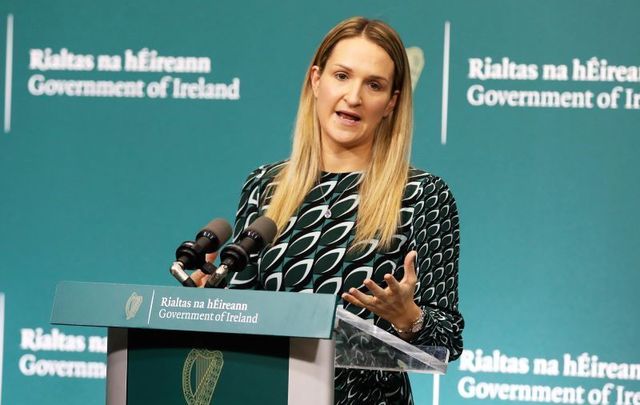 The Irish Government has announced a scheme to regularize thousands of undocumented immigrants and their families, allowing eligible applicants to remain and reside in the state.

The Department of Justice said that the scheme will allow eligible applicants to regularize their residency status, stating that long-term undocumented immigrants and their dependents will benefit from the scheme when specific criteria is met.

Minister for Justice Helen McEntee said that the scheme will open in January for six months and added that it would bring "much-needed certainty" to thousands of undocumented immigrants living in Ireland.

She described the scheme as "once-in-a-generation" and added that it was difficult to know how many people were eligible.

"It will bring some much-needed certainty and peace of mind to thousands of people who are already living here and making a valuable contribution to our society and the economy, many of whom may be very vulnerable due to their current immigration circumstances," McEntee said in a statement.

In a separate interview with RTÉ's Morning Ireland, McEntee said that the measure provides undocumented immigrants with reassurance that Ireland wants them "to stay and continue to be part of our communities".

"These people already live and work in our communities and their children go to schools here. And yet they're undocumented," she told Morning Ireland.

"It leaves them very vulnerable, it leaves their families vulnerable and it means that they can't become a full part of our society.

"I think we can all probably say that we know somebody in a very similar situation, be it living in America or elsewhere, and I believe it's the right thing to do to regularize them."

Those with an existing deportation order can also apply if they meet the minimum undocumented residence requirement.

Applicants must meet standards regarding character and criminal behavior, although minor offenses will not automatically result in disqualification.

Successful applicants will receive immigration permission and access to the Irish labor market, while they will also be able to begin their pathway to citizenship.

The scheme will also include a parallel application process for people living in Direct Provision, allowing immigrants who have been in the asylum process for a minimum of two years to apply.

McEntee said that the scheme showed "the same goodwill and generosity" that has been shown to Irish immigrants around the world.

The Department of Justice estimates that there are as many as 17,000 undocumented immigrants in Ireland, including 3,000 children.

A study in October by Justice for the Undocumented Group (JFU) and Migrant Rights Centre Ireland (MRCI) found that 93% of undocumented immigrants were working in Ireland, with many working in vital sectors of the economy.

The report, which surveyed undocumented immigrants, found that 75% of immigrants had been living in Ireland for five years or longer, while 70% of people were aged between 24 and 44.

Three-quarters of respondents said that they had been working in the same job for three years or longer, with 27% of people providing care to older people in private care settings.

Chair of JFU Tjanasi Jack said that the report highlighted that undocumented immigrants were at the heart of Irish communities and called for a fair solution to ensure that they could remain in Ireland.