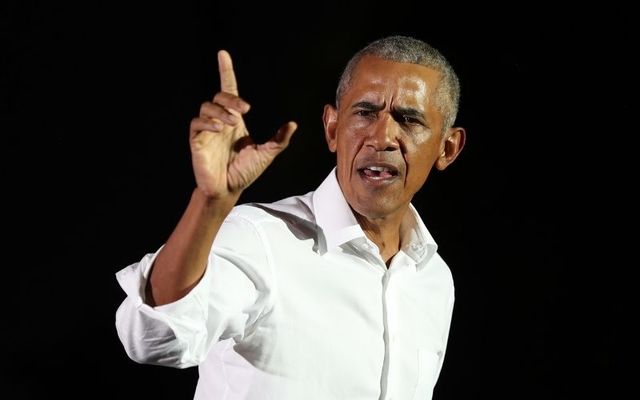 Barack Obama at a rally for Joe Biden ahead of last year's presidential election. Getty

New York Times columnist Maureen Dowd has blasted former President Barack Obama over his 60th birthday celebrations, condemning him for inviting a number of A-list celebrities at the expense of people who were pivotal to his election campaign.

Kennedy, whose surprise endorsement helped turn the tide in Obama's favor against Hillary Clinton in the 2008 Democratic primaries, was disinvited from the party along with several other key figures.

She classily responded to her disinvite with a good-humored joke, saying that "I would have disinvited me if I was him".

Dowd, however, was less forgiving.

The New York Times columnist said that Obama should have prioritized the people who helped launch him to the presidency rather than "Hollywood whoring" with celebrities like George Clooney and John Legend.

"We already knew Obama gravitated to stars but it was disillusioning to see it on such a grand scale last weekend," Dowd wrote in the New York Times.

"Many of those who helped Obama achieve the moonshot, becoming the first African American president and then becoming uber-rich, were disinvited."

"Barack Obama gave a big, lavish, new-money party at his sprawling mansion on the water because he wanted to seem cool. Being cool is important to him," she said.

However, she said that Obama had drifted so far from his roots that he no longer knew the meaning of cool.

"Obama was a cool cat as a candidate in 2008, but after he won, he grew increasingly lofty. Now he’s so far above the ground, he doesn’t know what’s cool. You can’t be cool if you diss the people who took risks for you when you were a junior senator.

"As president, he didn’t try hard enough on things we needed. He was a diffident debutante with a distaste for politics. Post-presidency, he is trying too hard on things we don’t need."