Sinn Fein’s Mary Lou McDonald has said that an open debate is necessary in order to encourage unionists to participate in talks about a united Ireland. 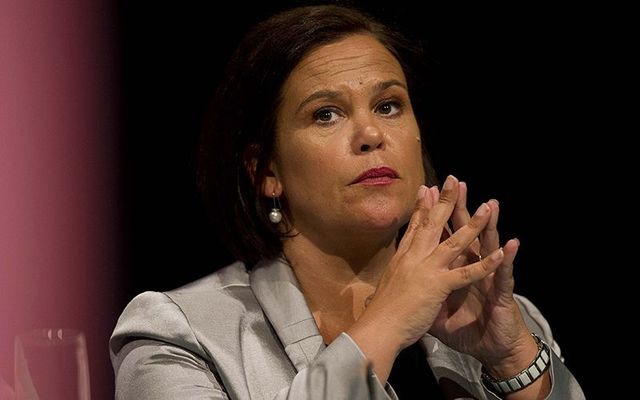 McDonald told TheJournal.ie that an open debate is necessary in order to encourage unionists to participate in talks about a united Ireland.

“You can hardly make that call and then say ‘we are not going to discuss any particular item’. And there are some people who think that rejoining the Commonwealth is a worthy proposition.

“It is not a proposition that I would be advancing – but I am me. This is not all about Sinn Féin. This is much bigger than us. The debate has to have the capacity to put everything on the table and then the business of debate and discussion in a reflective way, not a divisive way,” she said.

She added that the Irish government has to take the lead in the debate.

“I am firmly of the view that we are now on the way to a unity referendum. I think the genie is out of the bottle. I think the discussion around a new Ireland, how we might get there, and what it might look like is already underway.”

McDonald said she is “conscious that Brexit is a very bad thing for Ireland,” adding that “for us to have a debate around the new Ireland and to have a referendum poll, obviously a chaotic Brexit is not the ideal music for that to happen”.

She added that she does not believe Brexit means a border poll should be put on hold.

Ireland's soft border with Northern Ireland as it appears now.

“I am not arguing for a delay. I am an Irish republican, I am the leader of Sinn Fein, I want us to achieve Irish unity and I want us to do it as soon as we can and I know for that to happen we need space and the best atmosphere we can have in which to have that debate.”

Last week, she said “the time for a unity referendum is drawing near.” Her comment came just days after an interview where she said that a “crash Brexit” would not be the time to look at a border poll or a united Ireland.

“But it does not represent the optimal atmosphere in which to have the discussion and debate, so that was the point I was making,” said McDonald.

The Sinn Fein leader said that before a border poll can takes place, detailed plans and discussions must be organized, which is something the Irish government should be acting on now.

“The government in Dublin have a particular responsibility for that. We have argued for a long time that there ought to be an Oireachtas committee on Irish unity, that we need to see a green paper on Irish unity. The time for planning and really putting the ideas on that table is now and the government here needs to lead on that.”

Just a few weeks ago, former Northern Ireland first minister Peter Robinson said unionists should prepare for the possibility of a united Ireland. Although he said that he didn’t believe Northern Ireland would wish to leave the UK.

McDonald told TheJournal.ie that it is “very important that unionism finds its space, finds its voice and follows the advice of Peter Robinson and takes its head out of the sand.”

Unionism needs to set out “their wishes, their ideas, their ambitions – all of that needs to get underway.”

McDonald said she did not believe that a border poll would be divisive, as suggested by some Fine Gael and Fianna Fáil politicians.

“The change is in the air, and coming this way, it cannot be ignored, it can’t be denied, it can’t be delayed, in my view. I have heard a lot of people say that the poll on unity would be divisive, it would be dangerous, it is one of these issues that is ‘too hot to handle’. I don’t accept that,” said McDonald.

“We have to ask, in the national interest, in the interest of people right across the country, what is the next move and the next move post-Brexit is to re-fashion Ireland on a 32 county basis.