Taoiseach Leo Varadkar he would be “happy” to see Orange Men parade in Dublin while responding to comments made in 2017 by a Dublin-based member of the Orange Order. 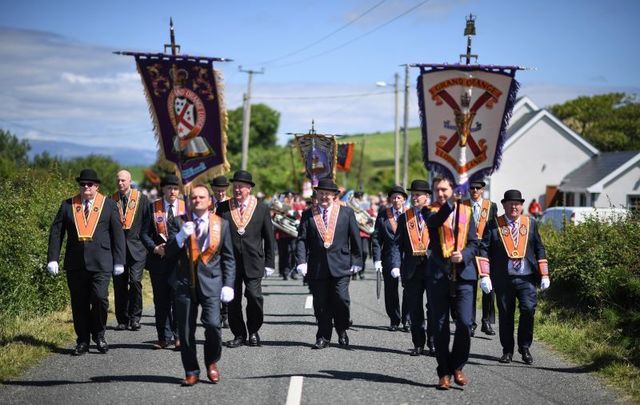 The Orange Order marching in Rossnowlagh, Co Donegal in July 2017. Varadkar says he'd be "happy" to see them march in Dublin. Getty Images

Taoiseach (Prime Minister) Leo Varadkar said this week that he would be “happy” to see Orange Men parade in Dublin while responding to a 2017 comment from a Dublin-based member of the Orange Order.

Read More: The Clancy Brothers and Tommy Makem taught me about Orangemen’s Day

The Newsletter asked Taoiseach Varadkar about comments made in 2017 by Winston Smith, a Dublin-based member of the Orange Order who was then in his 70s.

At the time, Smith, who joined the Orange Order in 1965, told The Irish Times that a procession on Dublin’s Dawson Street, past a plaque commemorating the first grand-lodge meeting in 1798, would show “progress.”

“We want to try and have a parade sometime as a stepping stone,” Smith said in 2017, adding that in doing so, the Orange Order “will feel accepted if Orangemen will be allowed to hold a parade in Ireland in their own capital city.” 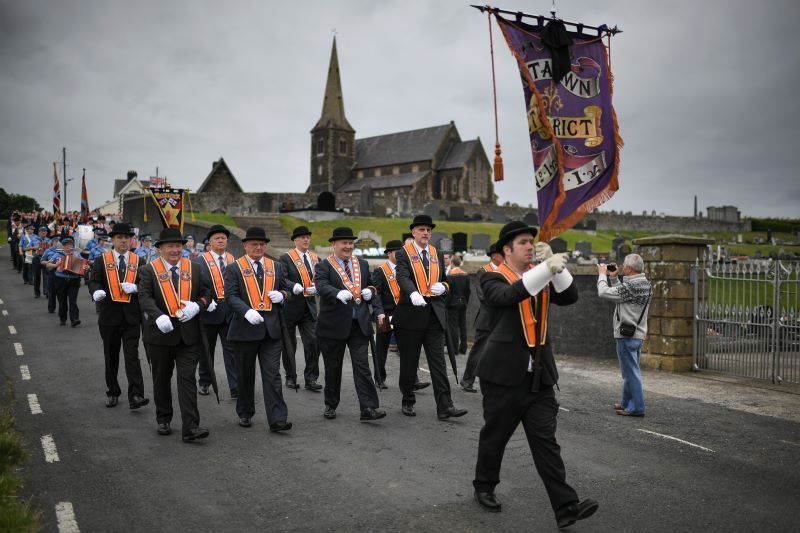 An Orange parade in Portadown, Co Armagh in 2017 (Getty Images)

Now two years on, The Newsletter sked Taoiseach Varadkar about the comments Smith made about a potential Dublin parade.

Varadkar responded: "They do parade in Rossnowlagh in Co Donegal ... I would be happy to see Orangemen being able to express their cultural identity in Dublin through a march if they wanted to do so and that’s something that I would certainly respect.”

A spokesperson for the Taoiseach told Extra.ie: “during the course of an interview with the Belfast News Letter, the Taoiseach was asked whether it would be realistic for the Orange Order to march in Dublin in a modern Ireland.”

“In response, he said he 'would be happy to see Orangemen being able to express their cultural identity in Dublin through a march if they wanted to do so,' and also pointed out that Orange parades take place elsewhere in the Republic.”

The spokesperson added that the Irish government “engages regularly with a broad range of groups and organizations across the community in Northern Ireland and is in regular dialogue with the Orange Order.”

Senior Orangeman Rev. Mervyn Gibson told The Belfast Telegraph after Varadkar's comments that the Orange Order "currently have no plans for a parade in Dublin.”

"There needs to be a purpose to any planned parade – such as a commemoration, celebration or parading to a church service. The Orange Institution does not simply parade for the sake of it."

Last November, the Taoiseach met with Rev. Gibson in Dublin to discuss issues facing people who associate with the Orange Order in the Republic of Ireland.

After their meeting, Varadkar said in a statement: “there are many people in our State that feel themselves to be both British and Irish. It’s something that we should accept too.”

“The Good Friday Agreement acknowledges that people in Northern Ireland have the right to be British, Irish or both, and accepted as such." 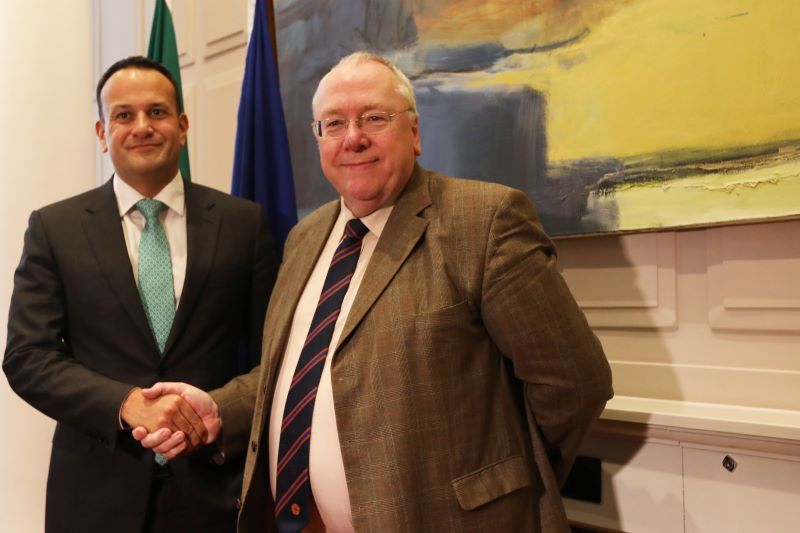 Prior to his meeting with Rev. Gibson in Dublin last autumn, Taoiseach Varadkar had become the first serving Irish head of state to meet with Grand Master of the Orange Lodge, Edward Stevenson, in Northern Ireland in June 2018.

I’d encourage anyone to visit @OrangeHeritage to learn more about the Protestant heritage. I’ll be back for sure pic.twitter.com/POnjLlbP8L

At the time, Varadkar said he came to meet the Orange Order with "no hidden agenda."

"I want to ensure a future where identity, in all its complexity, whether it's Irish or British or Northern Irish, or all of these things, is respected and celebrated across the island.”

Do you think the Orange Order should march in Dublin? Let us know in the comments