US President-elect Joe Biden has strongly opposed British attempts to undermine the Withdrawal Agreement signed with the EU last year. 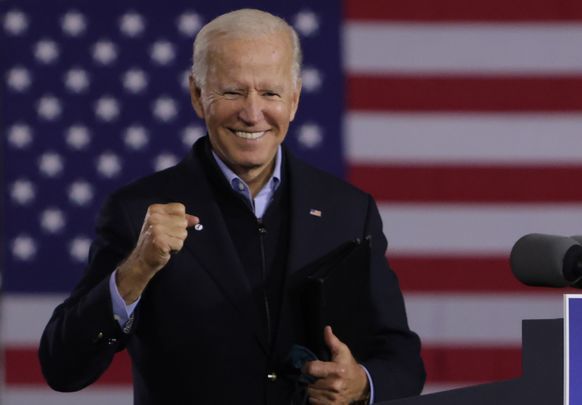 Speaking to LBC, Farage said that Biden will instruct Johnson to sign a Brexit deal with the European Union that protects the Good Friday Agreement or risk scuppering any future trade deals between the United States and the United Kingdom.

Biden, who has strong Irish connections, has been vocal in his opposition of Johnson's plans to override parts of the Withdrawal Agreement and Farage believes that his success in the presidential election is a "very difficult result" for Johnson and Brexit.

"For Brexit, and for Boris, this is a very, very difficult result," Farage told LBC.

"What is already becoming clear is that Biden's first phone call with Boris is simply going to say: 'sign that deal with Monsieur Barnier [the EU's chief Brexit negotiator], or there is no prospect of a trade deal.'"

Farage believes that Johnson now finds himself in a difficult position with the United States and said that the Conservative Government had wasted four years of the Trump Administration, which had been pro-British and pro-Brexit.

"They were all very excited that Trump and Brexit had happened at the same time. They wanted a trade deal as soon as possible and the Conservatives have wasted it," Farage told LBC.

The prospects of a trade deal between the UK and the US now look weak, Farage said, but Johnson remained optimistic of positive relations between the two nations following Biden's election success.

The British Prime Minister said that there was "more that unites than divides" him and Biden, while Foreign Secretary Dominic Raab said that the British Government would "listen carefully" to Biden's concerns about the impact of Brexit on the island of Ireland and the Irish border.

Johnson said that the United States was Britain's closest ally and that both he and Biden had a huge amount of work to do to protect their common interests.

However, the two men have never met and, last December, Biden called Johnson "a physical and emotional clone" of Donald Trump.