Jeff Sessions said the FBI was ”better off when you only hired Irishmen” because “they were drunks, but could be trusted,” claims a new tell-all book by Andrew McCabe. 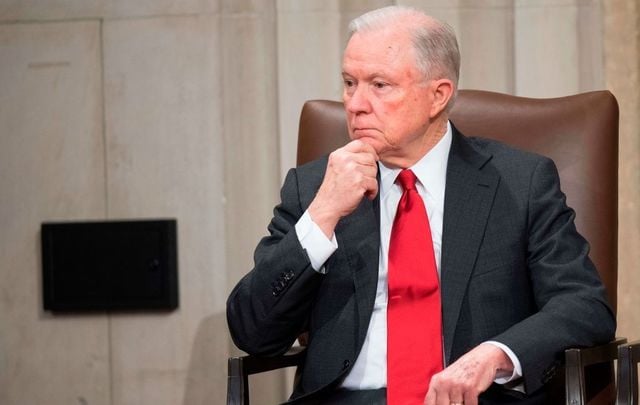 Jeff Sessions, Irish drunks and how the former Attorney General believed the FBI would be better for them.

Jeff Sessions said the FBI was "better off when you only hired Irishmen” because “they were drunks, but could be trusted,” claims a new book by former FBI deputy director Andrew McCabe.

In his upcoming tell-all "The Threat: How the FBI Protects America in the Age of Terror and Trump," McCabe depicts the former U.S. Attorney General as an incompetent unprofessional who did not read intelligence reports and confused facts with news reports, The Daily Mail reports.

According to the book, Sessions allegedly stereotyped Irishmen as drunks - albeit honest ones — when comparing the FBI’s former workforce to its modern one.

“They could be trusted. Not like all those new people with nose rings and tattoos — who knows what they’re doing?” Sessions allegedly said.

Read more: Two years in the reality of Donald Trump the unready is grim

President Trump fired Sessions the day after the mid-term elections in November 2018.

According to a review of the book by the Washington Post, McCabe also documents Trump’s incessant attacks on the FBI and includes disturbing detail about Trump’s subservience to Russian President Vladimir Putin. 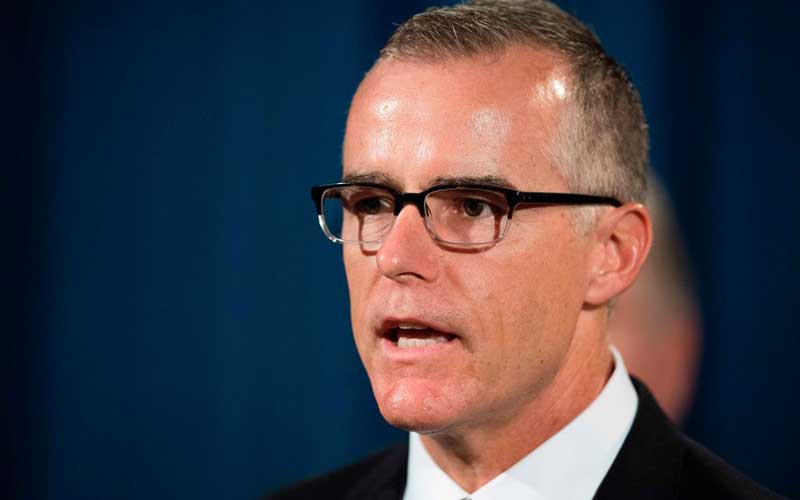 In an interview with CBS’s 60 Minutes that will air on Sunday, McCabe allegedly claimed there had been discussions at the Justice Department about removing Trump under the 25th Amendment.

“There were meetings at the Justice Department at which it was discussed whether the vice president and a majority of the cabinet could be brought together to remove the president of the United States under the 25th Amendment,” said CBS anchor Pelley, who interviewed McCabe.

“The highest levels of American law enforcement were trying to figure out what to do with the president."

However, on Friday, a spokeswoman for McCabe claims his comments during the interview were taken out of context.

McCabe served as the Acting Director of the FBI after President Trump dismissed FBI director James Comey in 2017. After Christopher A. Wray was chosen to succeed Comey, McCabe returned to the Deputy Director position.

In 2018, McCabe was accused by the FBI inspector general of making false statements about contacts with the media. He was fired by Sessions on March 16, 2018, just 26 hours before he was scheduled to retire.

By the time he was fired, McCabe had been a target of Trump insults for nearly two years because his wife, a pediatrician, had run for a State Senate seat in Virginia in 2015 with the financial backing of Clinton ally and former governor Terry McAuliffe.

Disgraced FBI Acting Director Andrew McCabe pretends to be a “poor little Angel” when in fact he was a big part of the Crooked Hillary Scandal & the Russia Hoax - a puppet for Leakin’ James Comey. I.G. report on McCabe was devastating. Part of “insurance policy” in case I won....

....Many of the top FBI brass were fired, forced to leave, or left. McCabe’s wife received BIG DOLLARS from Clinton people for her campaign - he gave Hillary a pass. McCabe is a disgrace to the FBI and a disgrace to our Country. MAKE AMERICA GREAT AGAIN!

On Thursday, Trump dismissed McCabe on Twitter, saying “Disgraced FBI Acting Director Andrew McCabe pretends to be a 'poor little Angel' when in fact he was a big part of the Crooked Hillary Scandal & the Russia Hoax - a puppet for Leakin' James Comey.”

White House Press Secretary Sarah Sanders said in a statement that McCabe “was fired in total disgrace from the FBI because he lied to investigators on multiple occasions, including under oath.

“His selfish and destructive agenda drove him to open a completely baseless investigation into the President. His actions were so shameful that he was referred to federal prosecutors. Andrew McCabe has no credibility and is an embarrassment to the men and women of the FBI and our great country.”

McCabe’s book "The Threat" is set to be released on Feb. 19.