Ireland’s Prime Minister plans to raise the topic of LGBT rights with Donald Trump during his St. Patrick’s Day visit to Washington. 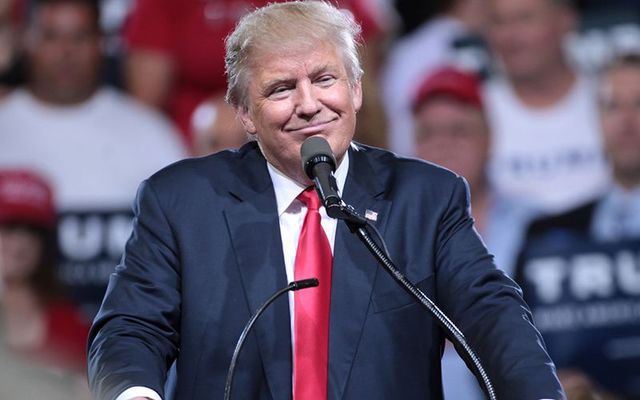 Ireland’s Prime Minister plans to raise the topic of LGBT rights with Donald Trump during his St. Patrick’s Day visit to Washington.

Taoiseach (Prime Minister) Leo Varadkar has criticized the Trump administration for its record on gay rights and says he will bring up the topic with Trump when they meet on Thursday of this week.

“What I intend to say is that for the vast majority of people around the world including people from gay lesbian transgender backgrounds, we have always seen America as a beacon of freedom,” the Taoiseach, who is gay, said.

“This is the land of the free, the home of the brave. This is where the LGBT rights movement began.”

He added: “It is really tough to see a country that is built on freedom, and built on individual freedom somehow not being a world leader in that space anymore."

He said the majority of American people would agree with him, even if the Trump administration does not.

“I actually think on this issue the majority of American people would agree with what I have to say, even if the administration doesn’t.”

Varadkar stated that he wished America would one day take leadership in the area again.

Thanks to Arnold @Schwarzenegger for stopping by to say hi at #SXSW. Return trip promised to Santa Monica. I’ll be back! pic.twitter.com/SjaaF2uS2p

The Irish leader made his comments during an interview at the South by Southwest festival in Austin, Texas. Later he traveled on to Dallas where he visited the location where President Kennedy was assassinated.

He will also attend the annual Speaker’s lunch and shamrock bowl ceremony before heading to New York where he will take part in the St. Patrick’s Day parade.