“I’m here until March 2019. This is the longest break I’ve had in twenty years,” said the Belfast man with relief in his voice. 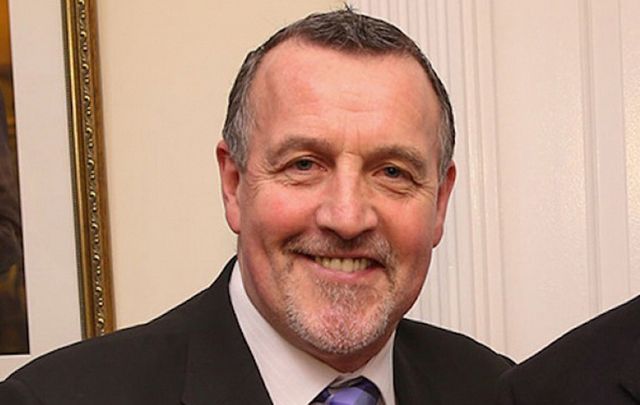 Malachy McAllister reached the end of his six-month reprieve Thursday.

Belfast man Malachy McAllister has been granted an additional 18-month reprieve from his deportation back to Northern Ireland.

Malachy McAllister reached the end of his six-month reprieve Thursday.

And on Thursday came news of another reprieve, this time a much longer one.

“I’m here until March 2019. This is the longest break I’ve had in twenty years,” said the Belfast man with relief in his voice and, even a hint of restrained triumph.

The new reprieve is but the latest landmark in a saga stretching back close to thirty years to when McAllister, his wife Bernadette, who died in 2004, and their four children fled Belfast – first for Canada and then the U.S., this after loyalists fired 26 shots into the family’s Belfast home.

Belfast has changed in many ways in the time that McAllister has lived and worked in the U.S.

Then again, in some ways, it hasn’t, as evidenced by the loyalist threats aimed at Catholic families in an East Belfast housing development in recent days – threats that have resulted in several families abandoning their homes.

Read more: Desperate efforts to stop deportation of refugee Malachy McAllister from US

That’s the Belfast that McAllister wants to avoid though he is ever hopeful that his status in the U.S. will someday of the kind that will allow him to travel back to visit his native city and then return to his American home in New Jersey.

For the time being though, he remains on American soil and is happy to be on it.

His presence is due to considerable bipartisan political support on Capitol Hill, and the support in particular of Senator Bob Menendez.

Democrat Menendez has been an embattled figure of late, but as far as Malachy McAllister is concerned the New Jersey senior senator is the only man.

“Senator Menendez really cares about me and my family and has gone out of his way for us. He deserves a lot of credit,” said McAllister.

McAllister is a contractor and the last six months have been tough for the simple reason that it is very hard to set to doing work projects with such a potentially limited timeframe.

Now that he has the best part of eighteen months it will be much easier for McAllister to do what he wants to do - and that is to work hard to make his American life more secure.

Do you think that Malachy McAllistair should be allowed to remain in the US indefinitely? Let us know your thoughts in the comments section, below.