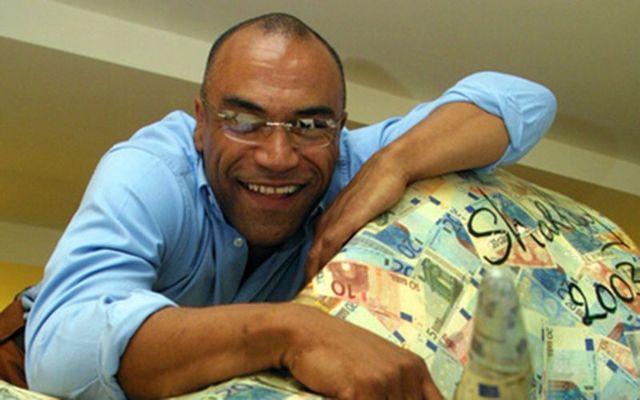 “I didn’t get paid for sex," states Irish Presidential wannabe Kevin Sharkey as he reveals he used to work as an escort in Ibiza.

Irish presidential hopeful Kevin Sharkey has revealed that when on hard times, he once worked as a paid escort but did not have sex for money. The artist and activist who has provided some of the most controversial statements of the Irish presidential race so far decided that it was time to clear up stories on aspects of his past life, telling The Sunday Mirror that he’s “not ashamed of anything.”

"For six weeks in Spain I worked as an escort but I didn’t get paid for sex," he revealed, claiming that he received up to €250 ($290) an hour while working in Ibiza.

"I went out for dinner with people and that sort of thing.

"It was at the time when the crash happened,” Sharkey added.

Read more: Irish presidential hopeful thinks the death penalty would be appropriate for this crime

The upcoming Irish Presidential race has just had its first sex scandal! Presidential hopeful Kevin Sharkey @KSharkey2018 has admitted that he used to work as an escort.https://t.co/gDHu1CefUu

"I gave an interview afterward and was a bit over enthusiastic. I tried to make it more juicy, but the reality is that there was no paid sex."

Sharkey is currently attempting to secure the four council nominations needed for him to be a candidate in the Irish presidential election scheduled for October 26. On Monday, Seán Gallagher and Joan Freeman became the first to win enough nominations to contest current President Michael D. Higgins having a second term.

This is not the first out of the ordinary remark that Sharkey has been guilty of in his bid for the Presidency so far. In August, he stated that Ireland needs to emulate President Trump’s “America First” and that it should be mirrored with an “Ireland First” immigration policy.

Presidential hopeful Kevin Sharkey insists he never had sex for money as an escort in Spainhttps://t.co/88DTftDI6F

Sharkey, who has Irish and Nigerian parents, applauded the US President and compared him to the popular Western actor John Wayne, adding that people need to accept Trump is “getting the job done."

"He [Trump] hasn't killed as many as the rest of them [former US presidents], but that's the vote. You may not like him, but I would rather a boss who got the job done than a boss who was a nice man.

"He was elected president and we need to get over it," the artist and activist said, claiming that the 45th President should be applauded for taking on such an important role and for "giving up that beautiful wife and golf” when he became President in his seventies.

Who would you like to see as the next Irish President? Let us know in the comments section, below.