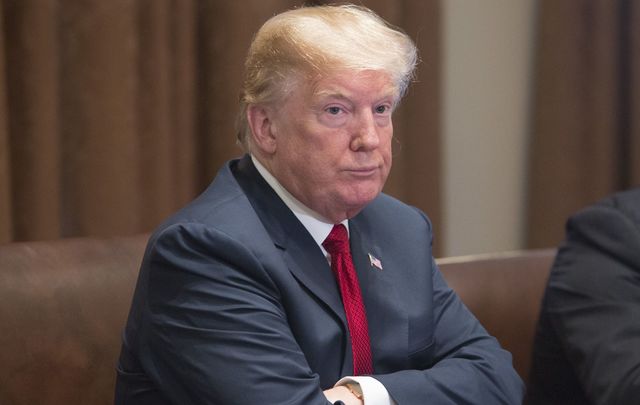 US President Trump to visit Ireland in November Getty

“I do believe that sexist attitudes wherever they exist, whether it's in those who occupy positions such as president or prime minister or anything else, they have to be challenged wherever we see them,” Fitzgerald said.

"And clearly we have heard sexist attitudes and comments from the President."

Fitzgerald was in attendance at a Fine Gael think-in in Galway on Friday September 7. The politician resigned from her role of Tánaiste (Deputy Leader) last year following a garda whistleblower email scandal but still serves as TD for Dublin Mid-West today.

Fitzgerald added, "We can make our point of view very clear on the issues that are of concern to people in relation to his presidency, I see no reason for us to do that.”

Also in attendance at Friday’s think-in in Galway was current Tánaiste Simon Coveney, who expect President Trump’s Irish trip to be controversial, but only “because everything Donald Trump does these days is controversial.”

The Tánaiste also said, “I don’t say he’s a racist, but as I’ve said before I disagree with many of the policies that he advocates."

“While in Europe, the president also will visit Ireland to renew the deep and historic ties between our two nations,” a White House statement said.

President Trump is set to visit Ireland in November for two days, either before or after he visits Paris, France to mark Armistice Day on November 11. His Irish itinerary includes stops in Dublin and Doonbeg, where he has a golf course.