Irish politician Mick Wallace questions whether US is a "functioning democracy"

Speaking on June 14, Wallace said the US would be "threatening human rights" if the Supreme Court voted to overturn the landmark 1973 decision. 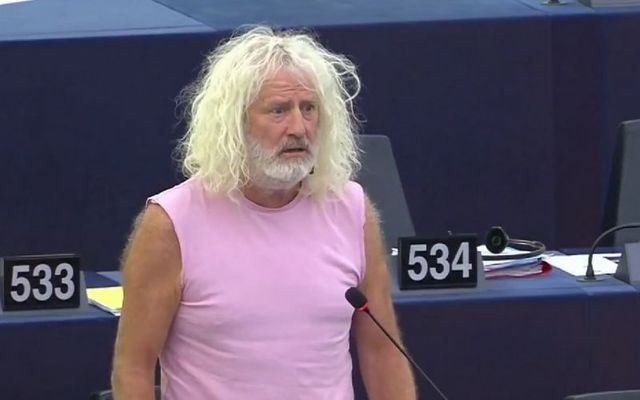 Irish politician Mick Wallace has accused the United States of not being a functioning democracy amid the fallout of the Supreme Court decision to overrule Roe v Wade.

Wallace, a Member of European Parliament (MEP) with the Independents 4 Change Party, was speaking in June ahead of the Supreme Court's expected decision to overturn Roe v Wade.

Speaking on June 14, Wallace said the US would be "threatening human rights" if the Supreme Court voted to overturn the landmark 1973 decision.

"A woman's right to choose is a human right," Wallace told the European Parliament.

"Why are we so quiet about challenging the US when they threaten human rights."

The former Wexford TD questioned whether the US was a functioning democracy, claiming that it costs $2 billion to become president.

"They spend over $800 billion a year on arms, which is more than most of the world put together," Wallace said.

"What's your idea of democracy? Bernie Sanders wasn't even allowed to win the nomination for the Democrats. The Americans couldn't spell democracy."

EU shows a lack of tolerance towards many countries who don't bow to #US Imperialism but dares not question US who spend $800 Billion a year on Military, more than next 9 countries together, but can't afford Universal Health Care, or help 17 million children who go to bed hungry. pic.twitter.com/s1ICWDtOKA