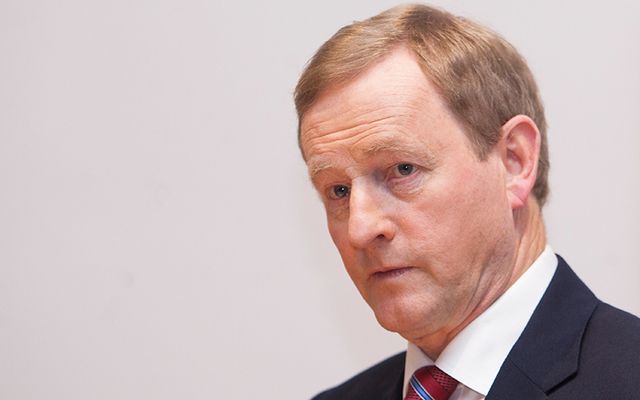 Six years after the people swept him and his party Fine Gael, along with the Irish Labour party, into office with the biggest mandate in his history, Enda Kenny today tendered his resignation as Taoiseach to the President.

Addressing Dáil Éireann (the Irish Parliament), Kenny quipped that, “The prospect of making a speech, or listening to them, whether of glorification or flagellation, is not something I really relish.”

Continuing he quoted Teddy Roosevelt who said, “Far and away, the best thing that life has to offer is the chance to work hard at work worth doing.

“I’ve been truly blessed I’ve had that chance and I’m eternally grateful to the Irish people, and particularly the people of Mayo, for giving me that opportunity,” Kenny concluded.

He sat down as the legislators from across the political spectrum rose to applaud him.

Commenting on his adversary’s departure, opposition leader Micheál Martin paid tribute to Kenny as “an Irish patriot and an Irish democrat”.

Sinn Féin leader Gerry Adams, with whom he frequently clashed, hailed Kenny as, “Probably the best leader Fine Gael ever had.”

The outgoing Taoiseach also received criticism from Ruth Coppinger TD, who said his legacy includes an Ireland in which a young girl can be locked up for wanting an abortion. The Solidarity TD for Dublin West was referring to a story that emerged yesterday which revealed that a young Irish girl had been involuntarily admitted to a mental health unit under the Irish Mental Health Act after seeking an abortion on the grounds of risk of self-harm or suicide. Since 2014, Irish women and girls can receive a termination if three medical experts believe the life of the mother to be at risk.

Ruth Coppinger TD criticises Enda Kenny, saying his legacy includes an Ireland which a young girl can be locked up for wanting an abortion pic.twitter.com/WOjnxtLD2g

Kenny then departed to Áras an Uachtaráin, the Irish President’s residence, where he tendered his resignation to President Michael D. Higgins under Article 13.3 of the Constitution.

Tomorrow Dáil Éireann will vote and is expected to confirm Leo Varadkar as the 14th Taoiseach of Ireland. He was elected as leader of the liberal-conservative and Christian democratic Irish political party, Fine Gael, on June 2. He has named his leadership opposition, Minister for Housing Simon Conveney, as Deputy Leader of the party but is expected to make few changes to the Cabinet once officially coming into the Office of Taoiseach tomorrow.

Kenny has confirmed that he will serve out the next few years as a backbench TD until the next election - expected by at least 2021.

First elected in a by-election for Mayo West in 1975, Kenny holds the record for the longest-serving Fine Gael party Taoiseach and as Father of the House is also the longest serving member of Dáil Éireann.