Will Leo Varadkar call a general election in Ireland?

Despite a claim that he will not go to the country for an early general election, political observers believe he may be poised to change his mind. 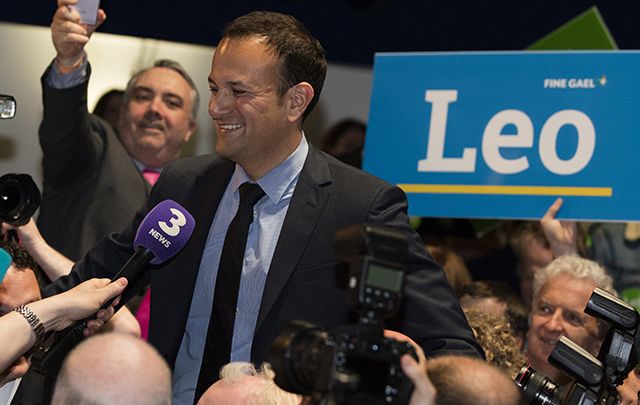 Despite a claim that he will not go to the country for an early general election, political observers believe Leo Varadkar may be poised to change his mind.

Both the independent ministers in the coalition Cabinet and Fianna Fail believe an early election is likely under Varadkar’s tenure.  Varadkar won the Fine Gael leadership contest last Friday, and will take over as taoiseach from the departing Enda Kenny on June 13.

The two sides have stressed they are committed to the agreements already in place but expect Varadkar will facilitate an election if successive polls show improvement for Fine Gael.

Most recent polls, conducted during the campaign for the Fine Gael leadership, showed the party surging ahead of its rivals, nine points ahead of Micheal Martin’s Fianna Fail.

If the support continues to improve in one or two more polls under Varadkar’s leadership, observers believe he will be unable to resist going to the country as early as autumn for a vote.

Varadkar is expected to be formally nominated the new taoiseach resumes after a short break next Tuesday.

The 38-year-old medical doctor, the son of an immigrant Indian doctor to Ireland, will be Ireland’s first gay government leader, a detail which was never an issue in the campaign but which is of avid international interest.

He has been branded at times as “Thatcherite” and ultra-conservative.

He also said last November, “I don’t like what Trump and Pence stand for, particularly on social issues. The right approach, I think, with anyone is to respect their religion, respect their values and engage with them. That’s how you win over minds and soften hearts.”

As Varadkar was celebrating his victory on Friday, some 4,700 miles away his relatives in India were also cheering on Ireland’s first openly gay leader.

Varadkar's 93-year-old uncle, Manohar Varadkar, who commissioned a cake for the occasion, told The Hindustan Times, “I am extremely proud of Leo. My nephew is doing so well and has made the family name famous across the world.”

Varadkar beat Housing Minister Simon Coveney, 44, in a two-way battle when he won the support of the majority of the parliamentary party in Fine Gael, but he failed to win the popular vote when Coveney had a resounding victory among ordinary party members.

But that wasn’t enough for Coveney under Fine Gael’s complicated voting system where the parliamentary vote counted for 65 percent and the ordinary members’ vote was worth only 35 percent.

Varadkar is the only son of Hindu Ashok and Catholic Miriam. His father was born in Bombay, India and moved to England in the 1960s to work as a doctor. His mother was born in Dungarvan, Co. Waterford and met her future husband while working as a nurse in Slough.

The family settled in Dublin in 1973 where Leo was born in 1979 and, by agreement between his parents, raised in the Catholic faith. He has two older sisters.