The firing of James Comey has increased speculation that Trump will leave office before the end of his term. 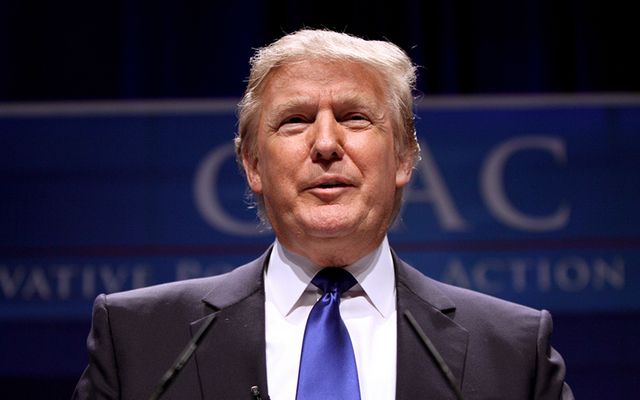 The odds of Donald Trump being impeached have been improved dramatically by Irish bookie Paddy Power following the sacking of James Comey.

The betting giant now predicts that the 45th President of the United States stands a 60% chance of being tossed out of office by Congress for “high crimes and misdemeanors”.

“Paddy Power customers have been lumping on Trump to come undone, with thousands staked on him not completing his first term in office and to be impeached."

Trump is something of a hot-button issue for Paddy Power, given that the bookies wound up owing $5 million after they paid out early on Clinton winning prior to the US election.

The US site PredictIt similarly dropped President Trump’s chances of still being President at the end of the year from 87% to 80% at the time of writing.

Sky Bet said they similarly experience a spike in people betting that Trump would be out of office before January 2021 but made clear this was normal reaction to most White House news and not necessarily reflective on the incumbent.

BetFair similarly saw a burst of business after the news broke with one British punter wagering $129,000 that President Trump would leave office before the end of his term., resulting in the bookies dropping the odds from 15/8 to 11/10. In total over 2,000 people felt confident enough that Trump would resign, die or be impeached from office this year that they wagered money on it.

"The odds for 2017 plummeted from 9/1 to 3/1 immediately after the announcement. They've since resettled at 5/1 now. 2020 or later is still the favorite but the odds have drifted from a clear odds-on chance to just even money since the FBI sacking."

However other sites were less dramatic with their predictions. The site Bovada which has a large US market offered much larger returns on the same scenario; to win $100 punters will have to fork out $130 betting that Trump will be out of office by 2021.