Irish American anti-abortion congressman asked mistress to have an abortion

Republican Congressman Tim Murphy, who has pushed a pro-life agenda, will retire at the end of his term after revelations that he urged his mistress to have an abortion. 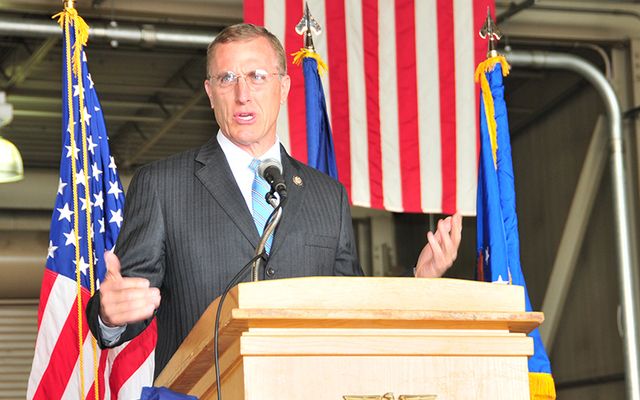 Tim Murphy, the Irish American Republican Congressman from Pennsylvania's 18th district, is to retire after it emerged that he asked a woman with whom he had an affair to get an abortion – despite pushing an anti-abortion agenda.

Murphy, 65, who is married and has a grown daughter, admitted last month that he had an affair with Shannon Edwards, a forensic psychologist who volunteered with his office on a mental health bill. Their history had become apparent in the course of Edwards' divorce proceedings.

This week, the Pittsburgh Post-Gazette published the explosive revelations that Murphy had apparently urged Edwards to get an abortion during what turned out to be a pregnancy scare.

"And you have zero issue posting your pro-life stance all over the place when you had no issue asking me to abort our unborn child just last week when we thought that was one of the options," Edwards said to Murphy in a text message sent on January 26.

Read more: Ireland will hold a referendum on abortion in 2018

A text from Murphy’s cell phone number in reply skirted the issue, placing onus on his staff: "I get what you say about my March for life messages. I've never written them. Staff does them. I read them and winced. I told staff don't write any more. I will."

“The United States is one of just seven countries worldwide that permits elective abortion more than halfway through pregnancy (beyond 20 weeks). It is a tragic shame that America is leading the world in discarding and disregarding the most vulnerable."

He went on to note that he had voted for and sponsored a bill blocking federal funds for abortions, stating, "We will once again be a nation committed to honoring life from the moment of conception and ensuring American taxpayer dollars are never spent to end a life before it even begins."

Just this week, Murphy also voted for and was a sponsor of a bill that would criminalize abortions after 20 weeks. The bill passed the House 237-189.

In the wake of this week's revelations, Murphy has announced that he will not seek re-election at the end of this term, and gave Speaker Paul Ryan advance notice of his decision to retire.

"After discussions with my family and staff, I have come to the decision that I will not seek re-election to Congress at the end of my current term," Murphy said in his statement. "I plan to spend my remaining months in office continuing my work as the national leader on mental health care reform, as well as issues affecting working families in southwestern Pennsylvania," he said in a statement.

Murphy added: "In the coming weeks I will take personal time to seek help as my family and I continue to work through our personal difficulties and seek healing. I ask you to respect our privacy during this time.”