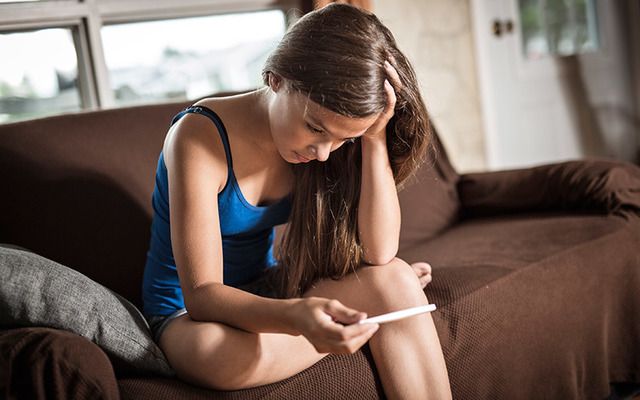 The United Nations Human Rights Committee has ruled that Ireland’s abortion laws violate human rights, the second such finding in the past 12 months. The Irish government was urged to extend the period during which women are afforded access to safe and legal abortions.

Addressing the case of Siobhán Whelan, who was forced to travel to England for an abortion in 2010 despite a fetal abnormality that meant her baby had only a three percent chance of surviving outside of the womb, the committee declared that the Irish state had violated the International Covenant on Civil and Political Rights’ prohibition against cruel, inhuman and discriminatory treatment. It also decided that the government ignored Whelan's right to privacy.

“I would like to extend my sincere gratitude to the committee for its recognition of the harm I suffered, and the violation of my human rights, as a result of Ireland’s abortion laws,” said Whelan after the ruling.

“In taking this case, my hope was to bring about a change in our laws so that when faced with the tragic news of a fatal fetal impairment women would have a choice to end the pregnancy in Ireland and not be forced to carry the pregnancy to term or to travel out of the country to access health care services like I had to do.”

This is the second time in the space of a year that the UN has criticized Ireland's abortion laws and recommended that they be addressed. In a similar case last year, the UN ruled that Amanda Mellet should be compensated by the Irish state for being forced to travel to the UK for an abortion. She was compensated $33,500 (€30,000).

Abortion is completely illegal in Ireland under the 8th amendment to the constitution, which "acknowledges the right to life of the unborn and, with due regard to the equal right to life of the mother, guarantees in its laws to respect, and, as far as practicable, by its laws to defend and vindicate that right." Since 2014 and the introduction of the Protection of Life During Pregnancy Act, an abortion is permitted in cases in which it can be shown that the mother’s life is at risk, including at risk of suicide. Overall, abortion is still a criminal act, however, and can lead to a decade of jail time for a woman who procures one within the country.

Calls for a referendum to repeal the eighth amendment of the Irish constitution have been increasing in recent years, especially following the high profile case of Savita Halappanavar, who died in 2012 after she was refused an abortion. An inquest into Halappanavar’s death revealed her life could have been saved had a termination been carried out a day or two before her miscarriage.

Thanks very much to Siobhan Whelan. You shouldn't have had to do this. Love and support to you ... https://t.co/emC2GzRXvI via @IrishTimes

Earlier this week, Ireland's laws were again under scrutiny after it was revealed that a young girl, reported to be as young as 14 years old, was involuntarily admitted to a mental care unit after seeking an abortion. The girl and her mother believed she was being transferred to a Dublin hospital for a termination, but she was instead sectioned under the Mental Health Act after a psychiatrist deemed her to be at risk of suicide or self-harm. In such circumstances the girl could have had an abortion under the 2014 Protection of Life During Pregnancy Act.

The case was released among 22 others by the Child Care Law Reporting Project.

“Looking at the report, it’s hard not to think that the psychiatrist in this case essentially used the Mental Health Act as a tool to force a child into continuing an unwanted pregnancy because of their own personal beliefs,” said Abortion Rights Campaign spokesperson Linda Kavanagh.

State has in the past ignored UN rulings but the shame factor is significant internationally https://t.co/tLRno6mp6r

Ireland’s strict abortion laws have forced many Irish woman to travel to England or to other European countries which have more liberal abortion regimes. As many as 150,000 women are believed to have done so since 1983.

Figures released earlier this week show that nine women a day are traveling abroad from Ireland for abortions, the lowest the numbers have been since the 1980s. Figures from the UK Department of Health show that 3,451 Irish women traveled to England and Wales for the procedure in 2015 alone.