New Irish government leader Micheál Martin failed to appoint a single cabinet member from the west of the Shannon, striking anger along the Wild Atlantic Way in the west of Ireland. 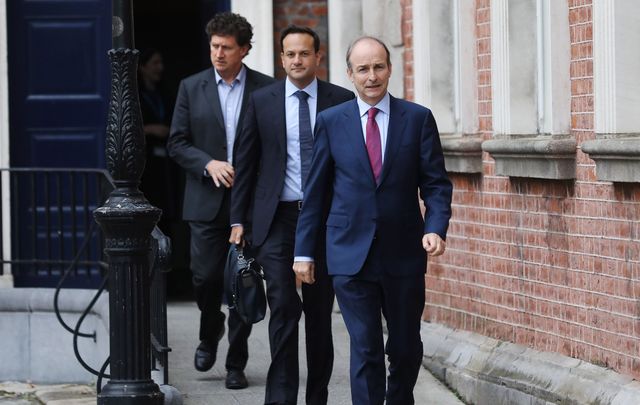 New Taoiseach Micheál Martin may have helped unite old political enemies by linking Fianna Fáil and Fine Gael in government – but the moment he announced his first Cabinet he divided Ireland and caused fury along the Wild Atlantic Way.

He didn’t appoint a single senior government minister west of the Shannon and on a north-south line from Malin Head in Donegal to the Limerick/Kerry border.

Nearly all his senior Cabinet ministers are from Leinster and Munster, including three in his own constituency of Cork South Central.

The only senior minister from outside the magic two provinces is Heather Humphreys from Monaghan who has been given the social protection, community development, and the island's portfolio.

Seven Wild Atlantic Way coastline counties, and three inland as far as Athlone with a total population of 1.1 million were left without a senior minister.

The only two Connacht-based additions to Cabinet meetings are Galway’s Hildegarde Naughton, appointed a super-junior minister, and government chief whip Dara Calleary from Mayo. Neither will have a vote in Cabinet.

Martin and his leadership colleagues in the new government, Fine Gael’s Leo Varadkar, and the Greens’ Eamon Ryan, are expected to add more junior ministers from the west of Ireland to the administration when they make further appointments later this week.

But critics, who include members of their own parties, claim this won’t amend the absence of a senior minister from the region.

So furious is the reaction that comparisons have been made with Oliver Cromwell’s division of Ireland when he gave the best lands to his own soldiers in the mid-1650s and ordered fleeing frightened families to go “to hell or to Connacht.”

An editorial in the Mayo-based Western People said the triumvirate of Martin, Varadkar and Ryan “unveiled a Cabinet that Oliver Cromwell would have been proud to call his own. To hell or to Connacht, indeed.”

As tempers ran high in the west. chairman of the Ballina Fianna Fáil branch Matt Farrell said Martin “need not show his nose in Mayo” while he is taoiseach.

In a series of interviews new government chief whip Calleary acknowledged that he had been let down by Martin’s failure to appoint him to a full Cabinet role, but resolved to do the whip’s job as best he could.  He said he would be “a gatekeeper for the west.”

Martin said the position of chief whip would be extremely important in a “tripartite government.” He also defended the regional balance of the Cabinet. 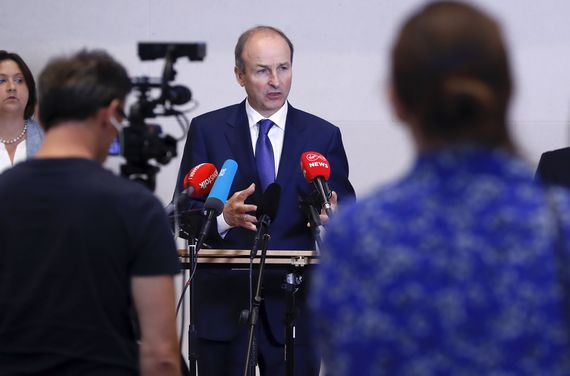