British politician behind Brexit says Ireland will leave the European Union too. 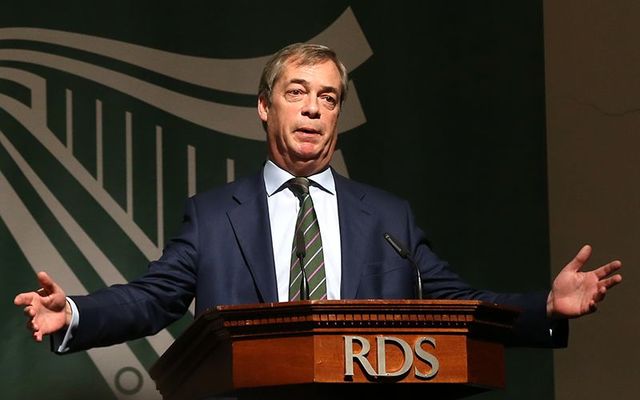 Farage was speaking with Irish presenter Claire Byrne on her live television show in Ireland on Monday night.

Byrne asked Farage, who was one of the leading forces in bringing about Brexit, whether or not he considered Brexit’s impact on Ireland, and further, if he even cared.

“Oh I do,” said Farage, “and ultimately I think Ireland will leave the European Union too.”

Read More: There is now an official Irexit party - will it matter for Irish politics?

Byrne is quick to inform Farage that a recent poll revealed that 88% of people in Ireland surveyed wish to remain in the EU, “so that’s not going to happen,” she says.

Farage goes on to say that it is all "meaningless anyway" as he does not believe the European Union as a whole will stand the test of time.

“I want Europe out of the European Union,” Farage says. “I want a Europe of sovereign, democratic states working and trading closely together, but this current system will not stand the test of time.”

What do you make of Nigel Farage’s comments about Ireland? Let us know in the comments