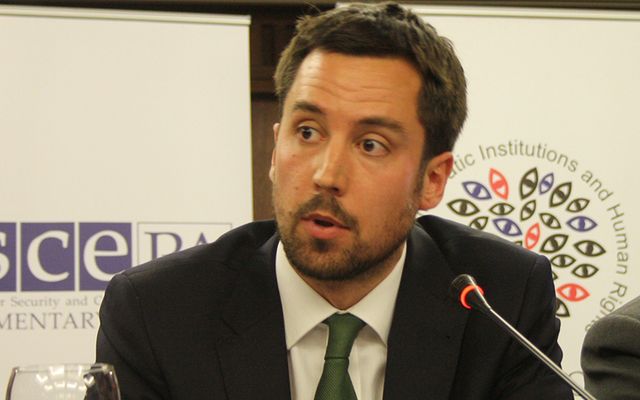 Housing Minister Eoghan Murphy has called an emergency summit this week in a bid to meet a new crisis that is hitting Ireland – rising homeless figures.

Four homeless people died in Ireland last week, two of them on the streets and one in a hotel where homeless families were being temporarily housed.

“People shouldn’t be dying on the streets. They deserve more dignity than that. These three separate deaths, in very different circumstances and for very different reasons are tragedies for the families involved,” Murphy said.

Responding to calls for 90,000 new social housing units, the minister acknowledged on RTE on Monday that homelessness was a crisis after hearing a teenage girl movingly describe how her family struggles to be educated while living in one hotel room with three beds.

Murphy said that the only way the crisis is going to be solved in the long term is to make sure that the country is building far more social housing homes than the state is building at the moment.

His emergency summit on Friday will bring together the chief executives of 31 local authorities as well as officials in the Department of Housing to discuss what additional resources need to be applied to the homeless crisis.  The summit will also look at what needs to be done in terms of building new homes.

The upcoming summit follows the release of shocking figures by homeless charity, Focus Ireland, which said there was now a record total of more than 7,941 people homeless in Ireland -- 5,046 adults and 2,895 children.

7000 people homeless in Ireland.. nearly 3000 are children.. our government? Sticking their heads in the sand.. #Mynameis 😢😢😢💚 pic.twitter.com/Px4UnlHphH

Earlier this week the fourth homeless person this year died on the streets. Initial reports say the person was staying in emergency accommodation in Dublin 8 when they were found dead last night.

Last Friday Jennifer Dennehy, in her thirties and recently evicted from her rented home, was found dead when sleeping in a tent provided by the Simon Community, a homeless charity, in a park in Co. Cork.

Just a day earlier two deaths of homeless people were reported in Dublin and Co. Kildare.  Jack Watson, in his fifties, who formerly led a middle-class life in Australia before returning to Ireland and sliding into homelessness, was found unconscious in a sleeping bag on the footpath in Dublin and later died.

His Name Was Jack: Jack during a shoot for ‘A Beautiful Day In Dublin’ homeless project; Justin… https://t.co/wScH5wiaX7 #Dublin #Ireland pic.twitter.com/o3G6tQgG9U

The first death of the four tragedies in the last two weeks was of a 26-year-old mother of two who was found dead in a hotel converted to use for the homeless in Leixlip, Co. Kildare.

“The government has failed to get to grips with it over the last number of years. People are talking about it all over the place, the lack of action, the lack of tentative progress,” Martin said.