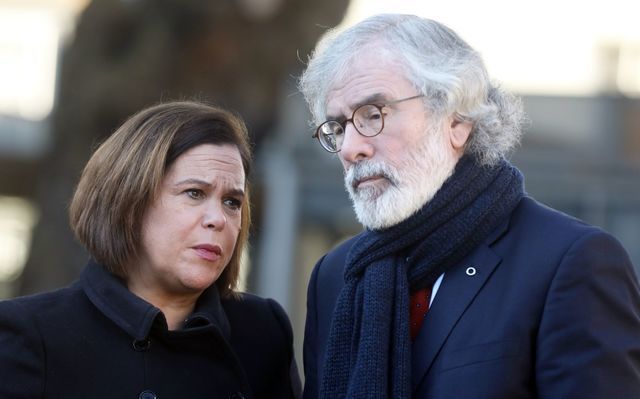 Friends of Sinn Féin USA raised €1,005,531 ($1,092,557) between November 2021 and November 2022 thanks to a combination of large campaign events, small donations, and a one-off donation of $394,010 from former Parks and Recreations manager Lauren Harvey - a frequent visitor to Ireland who left the money in her will.

A large portion of donations came from construction companies and several union-related branches, according to the Sunday Times.

A source told the publication that excitement about Irish unity and efforts to protect the Good Friday Agreement as it approaches its 25th anniversary helped to drive donations in the past year.

Friends of Sinn Féin is required to submit biannual returns because it is listed as a foreign political party under the US Foreign Agents Registration Act. Previous records show that the political organization raised $362,158 in 2021 and $312,354 in 2020.

The group said the money is not spent or transferred to Ireland in line with the country's election rules.

The bulk of donations was therefore kept in the USA and spent on spreading Sinn Féin's message and policies.

The organization has raised over €14 million since it was established in 1994 as part of the campaign to bring former Sinn Féin President Gerry Adams to the US during the Troubles.

Friends of Sinn Féin is based in the offices of Eurotech Construction on Sixth Avenue in New York, where it resides rent-free. Eurotech and CEO Thomas "Fay" Devlin - a native of County Tyrone - have been long-time supporters of the organization and donated €15,000 in the last 12 months.