In an impassioned 1,100-word article in The Irish Times Alan Shatter, who is Jewish, seems prepared to test Putin further than President Joe Biden who said NATO will defend every inch of its territory but World War III won’t be fought in Ukraine. 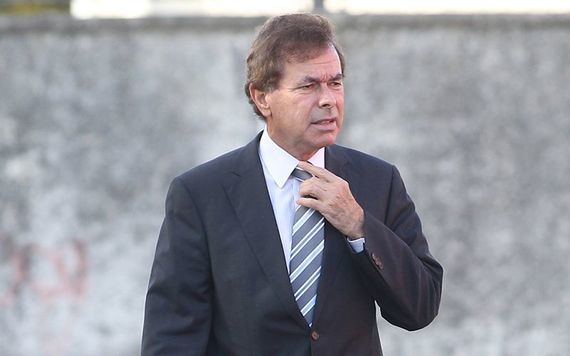 Alan Shatter, a former Irish minister for justice and defense, has urged the west to call President Vladimir Putin’s bluff and impose a no-fly zone over Ukraine which is sought by Ukraine President Volodymyr Zelensky.

In an impassioned 1,100-word article in The Irish Times Shatter, who is Jewish, seems prepared to test Putin further than President Joe Biden who said NATO will defend every inch of its territory but World War III won’t be fought in Ukraine.

Shatter argued that western leaders must stop fearing Putin’s nuclear saber-rattling and regain confidence in the deterrent effect of their own nuclear capabilities.

Expressions of solidarity with Ukraine would not defeat Russia or end the war. For it to end and future Russian adventurism to be curtailed, Russian power must be neutralized.

He wrote, “The funding and furnishing to Ukraine of ‘defensive’ lethal weapons alone will not achieve that. The implementation of a no-fly zone over Ukraine for which Zelensky is pleading has been depicted mischievously by Putin and wrongly by Biden and other NATO leaders as offensive and not defensive action leading to World War Three.

“Language has got mangled and that distorted depiction has uncritically become part of the zeitgeist. But it is wrong.

“An imposed no-fly zone would simply act as a defensive shield to protect Ukraine’s cities, towns, and defenseless civilians from being mercilessly bombed by Russian planes. If not violated by Russia it would cause no escalation and Putin has nothing to gain from widening the conflict.

“There is a need for the west to regain its moral compass, call Putin’s bluff, and impose a no-fly zone over Ukraine as a defensive measure to partially neutralize Russian power. Doing so would send a clear message to Putin that he no longer has impunity to wage unrestrained war, and just might create real pressure to effect a reasonable diplomatic solution and end the conflict.”

Separately, Minister for Foreign Affairs Simon Coveney has confirmed that Ireland was on “high alert” for a dangerous Russian cyber attack.  There has been an increase in cyber-attacks across the EU since the invasion, with Ireland monitoring the surge.

Coveney said, “We are certainly on high alert for cyber attacks right now. We know in the last two to three weeks, cyber-attacks across the EU have increased by 20 percent to 25 percent.

“There seems to be a view that is held by a very small number of people that, by being neutral and staying out of conflicts like this that, all of a sudden, Ireland won’t be threatened. I think that is very naïve”

A previous cyberattack on the HSE was carried out by a group operating from Russia. It caused havoc in Irish hospitals. Coveney said that it not only cost a lot of money, but it also put people’s lives at risk.