Biden nominates Donegal native to National Council on the Arts

Irish woman Fiona Whelan Prine has been nominated by President Joe Biden to become a Member of the National Council on the Arts. 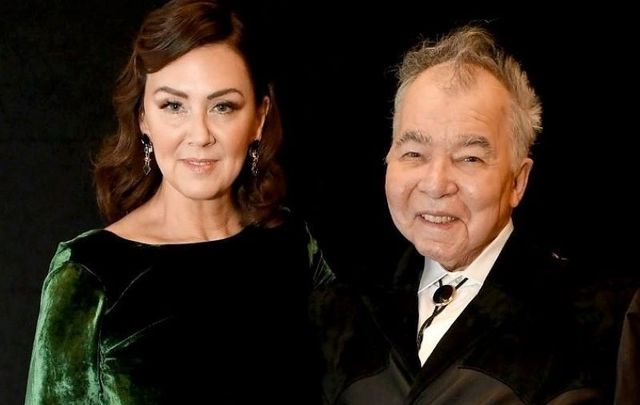 She met her husband John while working with renowned Irish artists such as U2 and Van Morrison, and moved to Nashville, Tennessee in 1993. The pair were married in 1996 and had two children together.

Prine received her US citizenship in 2004 and will now use her extensive knowledge and experience in the music industry to guide her in her new role on the National Council of the Arts.

In a statement on June 23, the White House said: "Fiona Whelan Prine brings an expansive viewpoint to the American roots music community as President of Oh Boy Records, the country’s second-oldest independent record label still in operation. In that role, she oversees the multiple Grammy Award-winning recordings and publishing copyrights of her late husband, American songwriter John Prine.

"She also serves as Founder and President of the newly established Hello in There Foundation.

"As one of Nashville’s most prominent and dedicated philanthropists, Whelan Prine has volunteered countless hours on behalf of Thistle Farms, a global nonprofit social enterprise dedicated to helping women survivors recover and heal from poverty, prostitution, trafficking, and addiction.

"Through unique annual fundraising events, often with an appearance by John Prine, her initiatives have helped raise more than $3 million for the organization. In the last year alone, her community involvement has raised more than $1 million for important social causes, including those related to the Covid-19 pandemic."

Biden nominated a total of 17 individuals to serve in a number of key roles on Wednesday night, including the nomination of Massachusetts State Representative Claire Cronin as Ambassador to Ireland.

Whelan Prine's nomination was welcomed by Ireland's Ambassador to the US, as well as Ireland's Minister for Foreign Affairs:

Aside from the nomination of Claire Cronin to be Ambassador to Ireland, which I warmly welcome, @POTUS has also nominated Irish-born @FionaPrine to serve on the National Council for the Arts. Congratulations to her. https://t.co/btb9ijEYo8

Congratulations too Fiona Whelan Prine: @POTUS nominee for the US National Council on the Arts. Doing Galway and Ireland proud 🇮🇪 🇺🇸