In an exclusive interview, Fianna Fáil’s John McGuinness points the way for the immediate formation of a National Unity Government involving Sinn Féin. 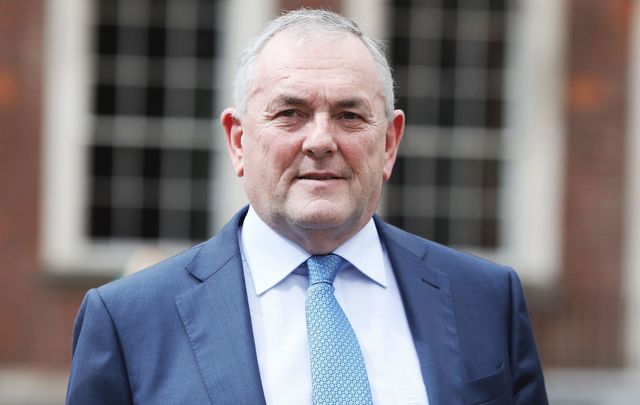 In a telling interview, Fianna Fáil’s John McGuinness, who is a consistent poll-topper and popular choice amongst his constituents and the general public alike, reveals his inner thoughts on the future of the country, the ongoing talks with Fine Gael, the Green party and a few independents, with a view to forming a new government.

John McGuinness also outlines the difficulties of being in government with the Green party, why Sinn Féin should be part of a unity government, and what his preferred ministerial role in government would be if offered a position in a new government.

How would you feel about going back into government with the Green Party and what lessons should be taken from your previous coalition especially given that the country faces a similar financial challenge?

“The country faces huge economic and social challenges that are unprecedented. In that context the targets being set by the Greens are unrealistic and have not been costed. We all want to protect the environment, develop a green digital economy but this will take a much longer period of time than that being demanded by the Greens.

The experience of serving with the Greens in Government on the last occasion was not a happy one. There was too much dithering on decisions relative to the economy and too much time spent on much less important matters. The problems ahead are so immense that procrastination is not an option.”

Read more: What you need to know about Ireland's next leader Michéal Martin

Should the government formation talks be focusing on a unity government consisting of all parties and independents rather than just Fianna Fáil/Fine Gael?

“Fianna Fáil/Fine Gael/Sinn Féin and others should form a Government based on a robust program for Government which should aim to last the full term. This type of Government best reflects the election results.”

What other reasons do you think that Sinn Féin should be at the talks table other than the volume of votes they received in the last election?

“A change of direction in government policy on a range of socio/economic issues is required to put people and their lives first. Rebuilding our society and economy will be costly and challenging. We must strive to bring about a New Republic, dynamic and inclusive. It’s a once in a lifetime opportunity. Therefore, the widest range of views in Government will be needed coupled with a sound working majority to pass legislation and implement the change.”

In your opinion, should there be a new general election?

“No, the politicians must accept the election outcome and act responsibly. It would be a huge failure of politics if a government were not formed.”

Do you agree with the idea of a revolving Taoiseach?

“Yes. It’s novel and will require planning and daily management.”

Would a government that is consisting of Fianna Fáil/Fine Gael not damage the party image and affect Fianna Fáil membership numbers and public votes for future elections.

“Yes. This is a problem for both parties and was evident after four years of confidence and supply! A strong political movement will distinguish itself from any competitor if it displays a strong policy focus that is pragmatic and speaks to the needs and hopes of people.”

Is Michael Martin's single-minded pursuit of the role of Taoiseach detrimental to the Fianna Fail party?

“I see the focus as the party leaders negotiating in an attempt to fulfill the election outcome and the will of the people. Other interpretations are secondary.”

If you were given a ministerial post in the next government, what post would you prefer and why?

“Public Expenditure, Local Government and Health are three Departments that interest me because of the huge possibilities they offer in terms of reform of the systems of governance and the delivery of services, having the potential to hugely improve the quality of life for people.”