Donald Trump will find himself in some very awkward Royal meetings

Republican President has previously made coarse comments about Kate Middleton and Princess Diana. 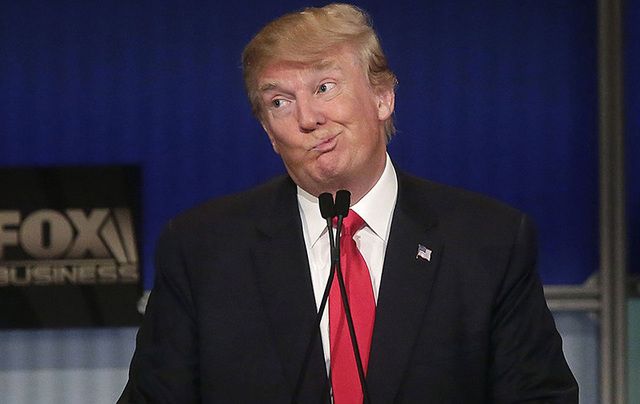 Donald Trump may find himself in some very awkward royal meetings when his state visit to Britain takes place later this year.

Already over one million people in Britain, that’s one in 65, have asked in not-so-polite fashion that he stay away.

Because it is a state visit he will be encountering the Royal Family quite a bit – which is where the real awkwardness begins.

First Prince Charles will avoid him according to the London Sunday Times because of Trump’s view that climate change is a hoax.

Even Kate Middleton has a crow to pluck with the new president.

In a tweet after photographs of a semi-nude princess sunbathing were taken by a long lens photographer Trump stated:

Suspect the PM will worry though what Donald Trump would say if he meets Kate Middleton on his first state visit... pic.twitter.com/3114LqTvX7

A lawyer for the royals described the photos as a ‘grotesque breach of privacy’ and six defendants now face a criminal trial in France.

William seems certain to have major problems too. Trump spoke very coarsely about William's beloved mother Lady Di days after she died in a car crash.

President Trump told Howard Stern’s shock jock show that he could have slept with her.

‘I think I could have,’ Trump replied. Charming.

Donald Trump has not impressed the Royal Family thus far.

Three years later, he referred to Lady Diana as ‘crazy, but these are minor details,’ but again said he would have slept with her ‘without even hesitation.’

Indeed there are suggestions he stalked her after her break up with Charles.

Writing in the Sunday Times, a British broadcaster claimed Trump gave the princess ‘the creeps’ when he pursued her after her divorce from Prince Charles.

‘As the roses and orchids piled up at her apartment she became increasingly concerned about what she should do. It had begun to feel as if Trump was stalking her.’

Writing in his 1997 book, "The Art of the Comeback," Trump said: ‘I only have one regret in the women's department – that I never had the opportunity to court Lady Diana Spencer.’

He may also regret his lewd comments about Di and Kate when he arrives for the state visit. The royals can freeze you out better than anyone. It might be a cold welcome.