President Donald J. Trump has officially announced his intent to appoint Edward F. Crawford of Ohio, as the Ambassador Extraordinary and Plenipotentiary of the United States of America to Ireland. 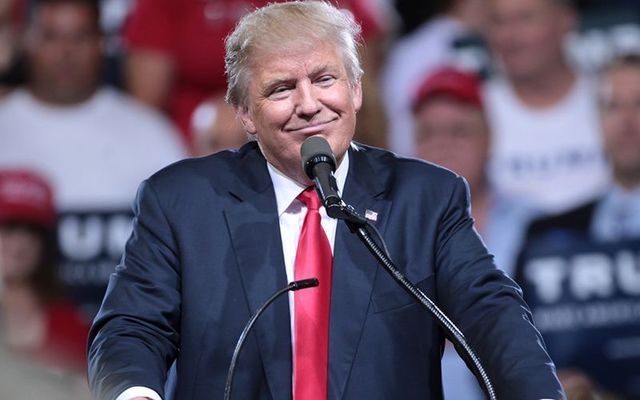 President Donald J. Trump has officially announced his intent to appoint Edward F. Crawford of Ohio, as the Ambassador Extraordinary and Plenipotentiary of the United States of America to Ireland.

In a statement released by the White House, it has been revealed that President Donald Trump intends to appoint Edward Crawford, a businessman from Ohio with strong Irish roots as the United States Ambassador to Ireland.

Since Trump’s election in November 2016, the position of US Ambassador to Ireland has not been filled. Trump's previous nominee for the position was Brian Burns, an Irish American lawyer, and philanthropist based in Florida. Burns, 81, withdrew his name from the running in June 2017. Seven months ago, in March, IrishCentral learned that Crawford was being considered for the position.

“President Donald J. Trump today announced his intent to nominate the following individuals to key positions in his Administration:

Crawford, a self-professed “serial entrepreneur,” is Chairman and CEO of Park Ohio Holdings Corp. and The Crawford Group, both headquartered in Cleveland. With $1.4 billion in sales worldwide, they employ 4,800 associates in the U.S., China, Japan, India, Australia, and Ireland. Park Ohio specializes in integrated logistics systems and manufactured products. He is a huge basketball fan.

At the time (2014) he stated, “I think it’s a wonderful, wonderful decision by the Mayo Society to step out and decide to be more inclusive here. There are other great counties in Ireland. I think it gives the Mayo Society the opportunity to reach out to a broader group of individuals that, in one way or another, have contributed to the Irish sense of themselves.

What do you make of Donald Trump’s choice of US Ambassador to Ireland? Would you have chosen someone different? Let us know in the comments section below.