Could Beto O’Rourke ruin Joe Biden’s shot at the presidency? 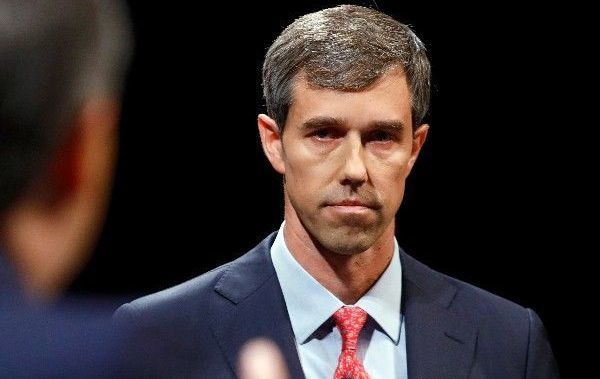 Beto O’Rourke and Joe Biden, two of the Democratic party’s biggest stars, could pose a threat to each other's chances in the 2020 presidential election.

The Hill reports that a longtime aide to former US Vice President Joe Biden said: “If both of them run, and there’s a good chance they both will, I think it spells trouble for Biden.”

“People are just drawn to the guy,” the former Biden aide said. “He’s dynamic and if I weren’t such a Biden person I’d totally get behind Beto. He’s exciting.”

A former aide to President Obama said: “I love Joe, but the party needs someone younger. We need someone with new ideas.”

Many are looking to Beto O’Rourke as that younger person with new ideas, including former President Obama, who met with O’Rourke in recent weeks. The meeting, The Hill writes, is seen by many as an unofficial “passing of the torch.”

However, O’Rourke has said that he has not  “even really begun the serious work of making a decision” about a White House run.

In a piece for Crooked Media, Dan Pfeiffer, a former senior advisor to President Obama and current co-host of the ‘Pod Save America’ podcast, wrote: “I have never seen a Senate candidate — including Obama in 2004 — inspire the sort of enthusiasm that Beto did in this race.”

While O’Rourke may still be riding some of the momentum from his Senate race, Joe Biden has taken the lead in an early Iowa Democratic preference poll, where he garnered 32% of the vote.

Behind Biden in second was Vermont Senator Bernie Sanders, and O’Rourke in third with 11%, which The Hill says is a “notable” amount for a relative newcomer.

However, one former Obama staff person said: “I think Biden is doing well because people know him, but they have to be scared by this aspirational guy no one saw coming.”

“It has to be pretty daunting. It's similar to what happened in 2008, when no one saw the other guy with the initials B.O. coming.”

Who do you think will end up being the Democratic presidential nominee in 2020? Let us know in the comments!