Anger as Irish must pass English-speaking test to become Canadian 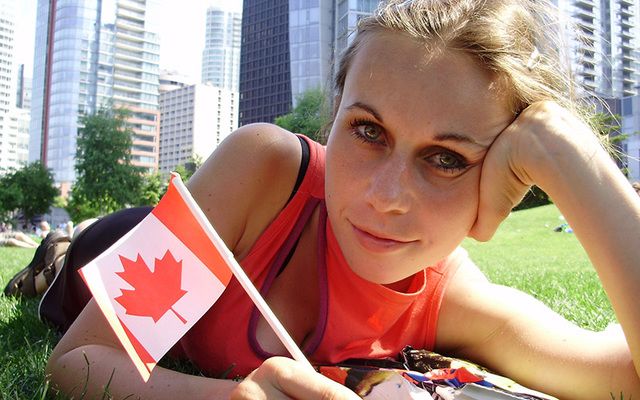 Candian immigration requires English-proficiency tests all round if you wish to gain Canadian permanent residency. iStock

Young Irish immigrants in Canada have expressed their annoyance at being forced to undertake an English-proficiency test, despite English being their first language, when applying for Canadian permanent resident status. Some immigration lawyers are also calling on the Canadian federal government to set aside the requirement to prove English-speaking proficiency when the applicant for permanent residency is a national of a country where English is one of the official languages.

Ireland’s two official languages are Irish and English and, while not every Irish person speaks Irish, the nearly everyone speaks English as their first language. This is not enough to exempt Irish citizens, however, from having to take the online (Canadian) English test when applying for Canadian permanent residency status, a crucial step on the road to citizenship.

Mamann explained that prior to 2013, applicants could simply prove their proficiency through an interview with an immigration officer, but that the new CAN$265 ($208) written test is completely online and unavoidable.

"It makes us look a little bit too bureaucratic," he said. "Obviously we want to have an objective standard but there has to be some allowance for common sense.

And he wasn’t joking. In his own experience, he’s had to explain to applicants from England, including a university professor, that they were going to have to take the test to prove they could speak English.

"I sat there with a professor of English in the UK at a reputable university and I'm explaining to him I need him to undertake an English language test. it just seems kind of silly,” he told CBC.

A spokesperson for Immigration Refugee and Citizenship Canada (IRCC), Carl Beauchamp, told Canada's national TV station in an email: "To be consistent and transparent, IRCC requires all applicants to provide proof of language proficiency through an objective test. 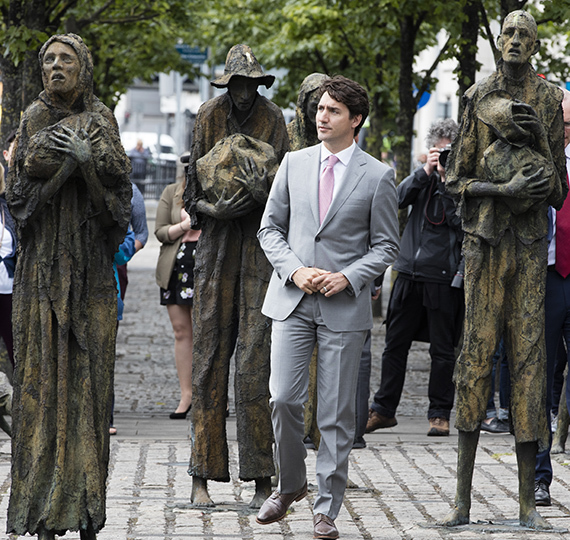 Canadian Prime Minister Justin Trudeau may have had a good time in Ireland but the Candian federal government are being criticized by Irish immigrants because of an English-proficiency test.

CBC also spoke to some Irish immigrants in Canada who had previously taken the test. They indicated that they thought it was an unfair requirement and an unnecessary expense when they come from an English-speaking country.

"I'm a member of a Facebook group called Irish and Applying for Canadian PR, and it's a question that comes up a lot.”

"People are very disgruntled about having to sit it."

"It's a bit ridiculous when it's your first language, your own language," commented Marina Hannigan.

"I think if you're from an English-speaking country and it's your first language, even your high school equivalent would be enough to put you through."

English-proficiency test in the USA

Will Trump bring in an English proficiency test for legal immigration to the US?

This issue with the Canadian immigration system follows the recent announcement from President Trump of his support for the “Reforming American Immigration for a Strong Economy Act” (RAISE) Act, proposed by two Republican senators Tom Cotton of Arkansas and David Perdue of Georgia.

The RAISE Act looks to cut the number of legal immigration in half, putting in place requirements that mean applicants must speak good English, be able to financially support themselves and their families, and demonstrate skills that will contribute to the US economy.

While this will certainly affect Irish immigrants who do not earn as much as the $77,900 threshold proposed by the Bill, or those who do not have a Masters degree specifically in the areas of science, technology, engineering or mathematics. having fluent English will at least award them 12 of the 30 points needed to pass this merit-based system.

While an ideal candidate should have won an Olympic medal or a Nobel Prize in the past ten years, which would award them a massive 15 or 25 of the 30 points needed, respectively, it appears that the most realistic way to achieve the golden ticket number 30 is to be between the ages of 26 and 30, with a doctorate, high English proficiency, and a job offer with a high salary. Any position earning below $77,900 would give you zero points.

While an English proficiency test is needed to apply to be a permanent resident in Canada, it is not needed to apply for a work permit. Questions on the test are created by the IRCC, although it is administered by a subsidiary of the University of British Columbia called Paragon Testing Enterprises. It covers listening, reading, writing and speaking skills, and takes about three hours to complete online.

At least the online test may be easier in Canada than it is in Australia where one poor Irish woman failed because the system simply couldn’t recognize her Irish accent.

Do you think Irish people should have to take an English proficiency test while applying for permanent residency or a green card in Canada or anywhere else in the world? Should fluent English always be a requirement? Let us know your thoughts in the comments section, below.