A roommate of the Supreme Court Judge nominee, Irish American Brett Kavanaugh, has said he believes the latest woman, Debbie Ramirez, who has accused him of sexual misconduct. 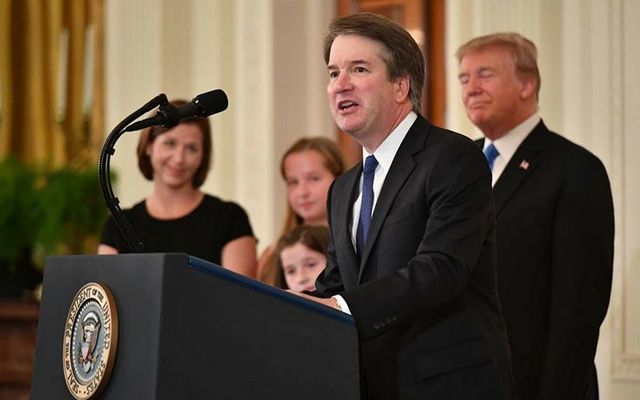 A roommate of the Supreme Court Judge nominee, Irish American Brett Kavanaugh, has said he believes the latest woman, Debbie Ramirez, who has accused him of sexual misconduct.

James Roche, a software company CEO, who shared a dorm room with Kavanagh at Yale University, in Connecticut, in 1983, has spoken out against the Supreme Court pick. He spoke in support of Debbie Ramirez the second women to go on the record with claims of sexual misconduct against the Judge.

In a statement Roche said that although he was not at the part, where Kavanaugh’s accuser alleges the incident took place however he said that his friend Ramirez “stood out as being exceptionally honest and gentle” while he said Kavanaugh was a “notably heavy drinker” during his college years.

He also said that Kavanaugh’s social circle “were capable of the actions” Ramirez described.

The following is a statement from James Roche, Brett #Kavanaugh’s freshman roommate at Yale. pic.twitter.com/VfHUgPj3cV

Roche (53), now living in Colorado, said that he was “not a political person” and has “no political agenda” but wanted to speak out at this time because he believes Ramirez “has a right to be heard” he added “I believe her”.

"Despite our living conditions, Brett and I did not socialize beyond the first few days of Freshman year.” Roche said. “We talked at night as freshman roommates do and I would see him as he returned from nights out with his friends. It is from this experience that I concluded that although Brett was normally reserved, he was a notably heavy drinker, even by the standards of the time, and that he became aggressive and belligerent when he was very drunk.”

He added “I did not observe the specific incident in question, but I do remember Brett frequently drinking excessively and becoming incoherently drunk.”

Just spoke with #JamesRoche who was Yale roommate of Brett #Kavanaugh . He confirms that the #SCOTUS nominee was frequently drunk, and incoherently. Says he supports integrity of Debbie Ramirez, the 2nd accuser. #abc7now #KavanaughConfirmation Respects her courage. pic.twitter.com/rrBboHAyj2

Ramirez allegations came out on Sunday, in the New York magazine. She alleges that during a drinking game in college Kavanaugh and his group of friends plied her with alcohol before taunting the devout Catholic woman with a plastic penis. She went on to allege that Kavanaugh took down his pants and “ put his penis in Debbie’s face.”

Previously Christine Blasey Ford alleged that Kavanaugh and another book had shut her in a room and tried to tear at her clothes. This incident allegedly took place during a high school party, in suburban Washington, in c 1982. She was 15-years-old and Kavanaugh was 17.

On Monday night Kavanaugh appeared on Fox news, alongside his wife, and denied all accusations. He used his virginity at the time as a defense.

Read more: Brett Kavanaugh was pretty nasty to women in high school his Yearbook proves it

He also said of Ford’s accusations “I was not at the party described.”

He continued “I have never had any sexual or physical activity with Dr Ford. I’ve never sexually assaulted anyone, in high school or otherwise.”

Of Ramirez’s accusations he said “I never did any such thing. If such a thing had happened, it would have been the talk of campus.”

On Monday night, lawyer Michael Avenatti  announced that he would soon reveal a third woman who is ready to accuse Kavanaugh of sexual misconduct. Avenatti told host Rachel Maddow that his client could, in theory, bring criminal charges. He said she will be identified within two days.

What do you think? Should Brett Kavanaugh be confirmed as a Supreme Court Judge? Let us know in the comments section below.