Brett Kavanaugh should get confirmed, two-thirds of IrishCentral readers believe

When asked the question “Should Brett Kavanaugh be confirmed as a Supreme Court judge?” 66% of IrishCentral voters responded “Yes.” 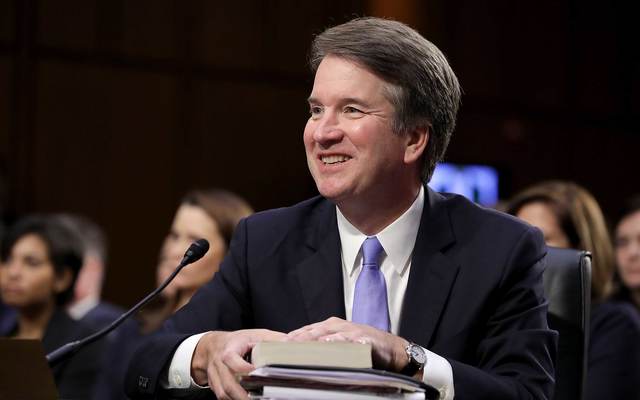 President Trump’s controversial Supreme Court nominee should sit on the Supreme Court, according to IrishCentral readers.

President Donald Trump's Supreme Court nomination Brett Kavanaugh found himself at the focus of an increasing scandal this week as sexual allegations from his high school days have hit the headlines, adding what some will see as yet just another flaw to the history of the controversial nominee.

Kavanaugh will now appear in front of the Senate on Monday to testify against claims made by Christine Blasey Ford that he pinned her down on a bed, groped her and tried to remove her clothes in the early 1980s. Kavanaugh has denied the allegation.

Despite the recent allegations made against him, however, two-thirds of IrishCentral readers believe he should sit on the Supreme Court.

When asked the question “Should Brett Kavanaugh be confirmed as a Supreme Court judge?” 66.2% of IrishCentral voters responded “Yes.” A further 33.3% voted “No” while 0.5% had no opinion.

“Kavanaugh is a liar and is willing to do anything to promote himself. He is an intelligent man who, unfortunately, thinks he is smarter and knows more than anyone else … He does not have the necessary qualities to be a judge and certainly not for a Supreme Court Justice,” said one “no” voter.

A “Yes” voter claimed: “I voted yes because it has gotten to a point in this country that anyone without any proof whatsoever can accuse a white male of anything they can think of and condemn him for all eternity.”

What do you make of the poll results? Let us know in the comments section, below.