Tensions in America are high following the death of an innocent citizen in Charlottesville and the desecration of a Holocaust Memorial. 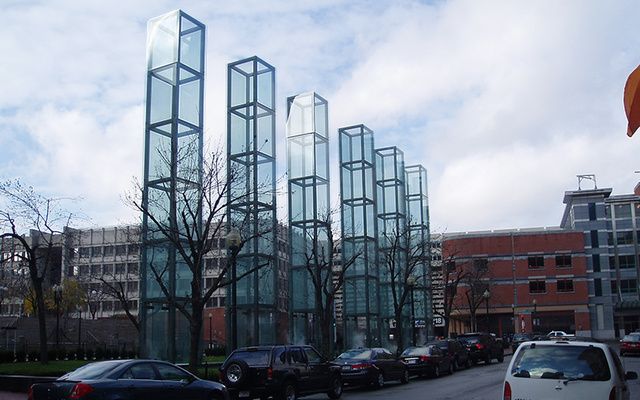 Boston Holocaust Memorial has been the subject of vandalism twice in the summer of 2017. Public Domain / WikiCommons

Boston’s Holocaust memorial has been vandalized just as the Illinois legislature moves to officially classify Nazis as terrorists.

The monument to the victims of Nazis stands nine feet tall, but yesterday the imposing structure was surrounded by police and cordoned off by yellow tape after rocks broke its glass windows.

One man has been arrested in connection with the vandalism.

And it’s the second time this summer that the memorial has been desecrated; in June the windows were broken but quickly replaced.

"When we hear the sound broken glass, we shudder. It's a terrible reminder of terrible times," Barry Schrage of Combined Jewish Philanthropies of Greater Boston told Boston 25 News.

Now they must go through the weary process rebuilding once again in the space of only a few short weeks.

After last weekend’s white nationalist rally in Charlottesville, tensions within the Jewish community are high: demonstrators carried “Jews are Satan’s children” banners, Nazi flags were seen and others wore t-shirts adorned with quotes from Hitler.

James Fields Jr. was charged with second-degree murder after allegedly driving his car into peaceful protestors, killing Heather Heyer. He reportedly hero-worshiped the Nazi Fuhrer and was a member of a group dedicated to fighting “international Jews”.

As a result, Illinois now looks likely to add Nazis to its list of terrorist groups.

“It is vital that we stand in total opposition to the hatred, bigotry, and violence displayed by the white nationalist and neo-Nazi groups in Charlottesville this past weekend,” said state Sen. Don Harmon told colleagues as he introduced the measure.

“They are the heirs to the Ku Klux Klan and the Nazis. We fought two bloody wars in opposition to their ideologies. We must continue to fight those same twisted ideologies today.”

Boston Free Speech insist they have nothing to do with the Charlottesville group and wrote on their Facebook page, “This was a lie and blatant attempt at defamation by [former press secretary to Hillary Clinton] Brian Fallon on twitter [sic]. There have been threats made against our lives already and we will be contacting Boston PD.”

However, the group has confirmed as a speaker “Baked Alaska”, a man dubbed an “Ironic Nazi” by the New Yorker Magazine. He was at Charlottesville and was hospitalized with potentially permanent eye damage after he was caught up in the ensuing riot.