The British move comes as farcical Johnson adapted a comic-book horror hero as he finally stepped up talks this week with EU. 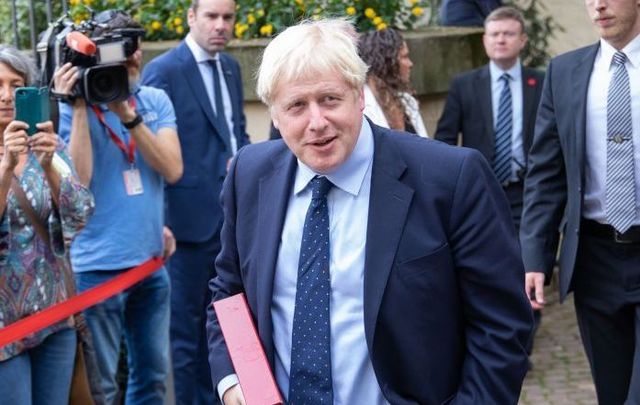 Boris Johnson: UN talks give the opportunity to talk on the Irish backstop

The issue of the controversial Irish backstop – the insurance to guarantee a soft border remains after Brexit – will be pursued by Britain at the United Nations in New York next week.

The Times of London reports that British Prime Minister Boris Johnson will pursue his case for a backstop alternative at the UN.

Johnson will speak to Donald Tusk, the president of the European Council, as well as French, German and other European Union leaders on the sidelines of the UN General Assembly.

The British move comes as farcical Johnson adapted a comic-book horror hero as he finally stepped up talks this week with EU.

It was the first meeting of the two since Johnson became prime minister two months ago with a pledge that he will take his country out of the EU, “deal or no deal,” by October 31.

Since then, the Westminster Parliament passed a law saying there has to be a deal and, although some fear Johnson may be prepared to break the law, he has stepped up his negotiations for a deal.

Johnson compared his task with comic book character The Incredible Hulk.  The Hulk was mild-mannered scientist Bruce Banner who turned into a muscle-flexing green monster when he was angered.

Johnson told the Mail on Sunday, “The madder Hulk gets, the stronger Hulk gets, and he always escaped no matter how tightly bound in he seemed to be – and that is the case for this country. We will come out on October 31 and we will get it done, believe me.”

Johnson emphasized he was “cautious” in Monday’s talks with Juncker hosted by Luxembourg Prime Minister Xavier Bettel. The meeting ended disastrously when Johnson skipped an outdoor press conference because of a demo by about 100 noisy British pro-Euro protestors.

Bettel, left on his own on a rostrum he intended to share with Johnson, spoke of Brexit having created a “nightmare” for EU citizens.

Later the European Commission said new proposals on the backstop were not made by Britain, and Johnson and Juncker agreed that talks needed to intensify.

In interviews with Sunday papers Hogan, who was EU agriculture commissioner for five years before he starts the trade portfolio in November, said there was optimism in Europe that a deal could be struck which would enable Britain to leave the EU in an orderly fashion.

He told the Irish Mail on Sunday, “Yes, there is a window of opportunity in the next four weeks to do a deal.

“It’s in everybody’s interest – the EU, the U.K. but also in the political interest of Boris Johnson.”

Johnson and his close advisors believe if he is forced into a general election – the inevitable consequence of a no-deal Brexit – he would win because the British public doesn’t want a government led by Labour’s left-wing leader Jeremy Corbyn.

But Hogan warned there are no certainties in a general election and that’s why Johnson intends to ensure he avoids his political demise.