Bookies give good odds on Trump quitting before he’s impeached

Paddy Power also thinks Trump is just as likely to come out as gay as Joe Biden is to punch him in the face. 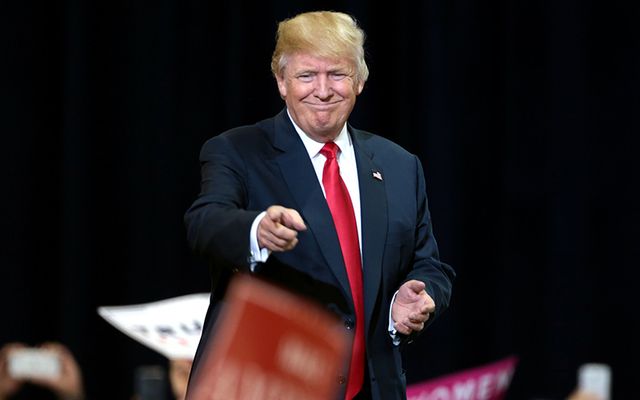 What are the odds Trump quits? Gage Skidmore

Bookies Paddy Power are offering increasingly good odds on Donald Trump quitting before he’s impeached and say plenty of people have taken up their offer.

Although no formal articles of impeachment have been served, speculation in Washington is mounting that the President will jump before any action is taken. Currently, the Republicans control both houses of Congress, but with Trump’s approval rating considerably lower than previous Presidents in their first year (37% approve, 57% disapprove) a Democratic take over next year is thought likely.

Special Counsel Robert Mueller is looking into the possibility that the Trump campaign’s colluded with Russia to undermine the Clinton campaign and if enough evidence is produced progressives would relish turfing out of office a man they loathe.

Tony Schwartz, who ghost wrote on Trump’s behalf “The Art of the Deal” in 1987, said that he, “would be amazed if he survives till end of the year.”

Adding, “Trump is going to resign and declare victory before Mueller and Congress leave him no choice.”

The bookies lost millions after Trump pulled off his shock victory last November but has since recuperated its losses with thousands placing money on bets relating to the colorful President.

In April the company even placed a job ad for someone to work on Trump bets full time.

"The job is to be an expert in all things Trump," a spokesman said at the time. "In the spirit of Donald Trump's presidency, we're saying no experience required. "We're sure Trump will keep us busy," he added.

Currently, Paddy Power is offering 2/1 odds the President will confirm he’s had hair surgery, 50/1 odds that he’ll convert to Islam and a 66/1 chance he’ll grow a Hitler moustache - the odds for which did not change after the Charlottesville protest, Paddy Power confirmed.

The likelihood that Joe Biden will punch his Commander in Chief in the face at some point (100/1) is considered just as likely as Trump coming out as gay this year.

Both those things are considered less likely than the President ordering the deportation of Madonna or Michael Moore (both 80/1) and the odds of Trump and Obama getting together and playing a round of golf  (4/1) are considered pretty good.