Biden's controversial comments about Trump come ahead of the first presidential debate in Cleveland on Tuesday evening. 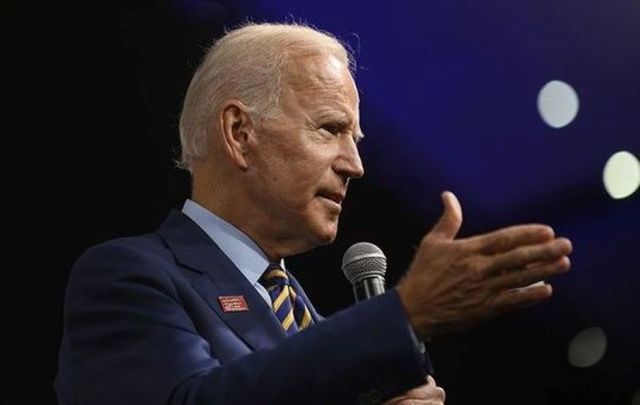 Biden compared Trump to one of Hitler's most trusted associates on Saturday. Getty Images

Biden was responding to Trump's repeated claim that he has been pushing a socialist agenda during his 2020 presidential campaign.

Speaking to MSNBC's Stephanie Ruhle on September 26, Biden didn't hold back and compared Trump to the famous Nazi propagandist.

Goebbels, one of Adolf Hitler's most devoted associates, famously believed that if you tell a big lie often enough, people will believe it.

Biden believes that Trump has been calling him a socialist to deflect attention from his handling of the coronavirus pandemic.

The Democratic presidential nominee also likened Trump to other authoritarian leaders, including former Cuban leader Fidel Castro, for how he has dealt with Black Lives Matter protesters.

"I think people see very clearly the difference between me and Donald Trump,” Biden said. “Trump is clearing protests in front of the White House that are peaceful, you know, with the military. This guy is more Castro than Churchill."

The Trump campaign strongly denied Biden's claims and went on the counter-offensive, claiming that Biden was trying to distract voters from his voting history and socialist policies.

"Rather than launching preposterous accusations against the president, Joe Biden and his team should answer for inviting notorious anti-Semites Tamika Mallory and Linda Sarsour to speak at the Democrat National Convention," said Ken Farnaso, deputy National Press Secretary of the Trump Campaign.

"Biden is desperately trying to distract Americans from his disastrous record and socialist policies."

Tamika Mallory and Linda Sarsour stepped down as board members of the Women's March amid accusations of antisemitism. Both spoke at the DNC in August, but the Biden campaign distanced itself from the two women.

Biden and Trump are set to face off in their first presidential debate on Tuesday, September 29 in Cleveland, Ohio. The US Presidential election is Tuesday, November 3.