Deputy French Ambassador Aurélie Bonal posted an image of the letter to her son Adrian on Twitter, remarking that he was "over the moon". 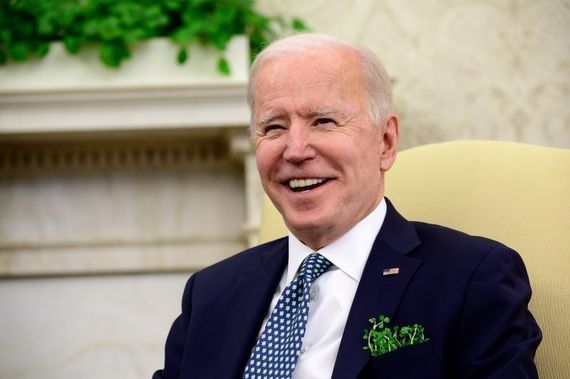 Deputy French Ambassador to the United States Aurélie Bonal has revealed that President Joe Biden wrote a touching letter to her son upon learning that he was born in Ireland.

Bonal posted an image of the letter to her son Adrian on Twitter, remarking that he was "over the moon".

"When I saw your mom the other day, she told me that you were born in Dublin, Ireland," Biden wrote. "I'm proud of my Irish roots, and I hope that you are too.

"I often tell people that we Irish are the only people who are 'nostalgic for the future'. I believe we all have a responsibility to build a better world. Even at your age, know that you have the power to impact the future.

"Study hard, keep challenging yourself, and always remember to be kind. I look forward to seeing all that you accomplish," Biden concluded.

When I met @POTUS the other day at @WhiteHouse, I briefly mentioned the fact that my son also had an Irish connection. ☘️
Today, this amazing letter arrived in the post!
Son is now over the moon...
🇮🇪🇺🇸🇫🇷 pic.twitter.com/WOgh9Sv2qk

The US President is notoriously proud of his Irish roots and has regularly made reference to his Irish heritage throughout his political career.

Biden visited Ireland in 2016 and 2017, making visits to his ancestral homeland in Ballina, County Mayo, and Carlingford, County Louth.

He also frequently quotes Irish poet Seamus Heaney during speeches and celebrated his ancestral links to Ireland during an address on Twitter for St. Patrick's Day.