Emigrants from Ireland who are thinking of returning home have been warned to plan well in advance because they can expect to face huge barriers in areas such as housing, health care, motoring, and welfare. 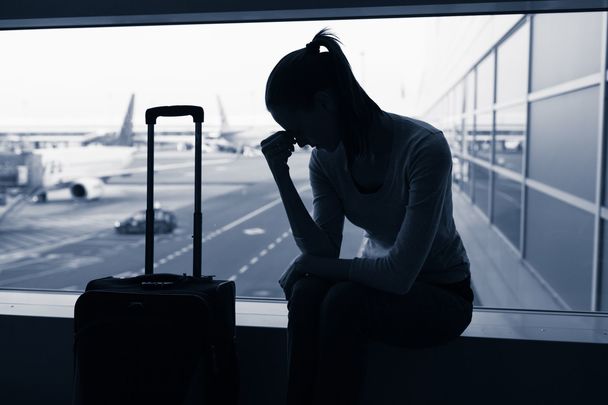 Emigrants from Ireland who are thinking of returning home have been warned to plan well in advance because they can expect to face huge barriers in areas such as housing, health care, motoring, and welfare.

The spiraling cost of health insurance in the United States and uncertainty over Brexit in the United Kingdom are among the factors which are prompting people to return home – and many of them are not prepared for the bureaucracy and barriers they face in Ireland.

Campaign group Safe Home Ireland, who help people to move back, told an Irish Government committee on Thursday that returning emigrants should be recognized as a distinct group in homeless provision services.

Many Irish people who return home are shocked by the cost of renting properties in Ireland and end up requiring homelessness services if they are not fully prepared.

Others may be reluctant to return to their home areas if there were negative factors, such as institutional or family abuse, in their decision to leave Ireland in the first place. Many have no idea about the reality of modern Ireland after years spent living in countries such as the US, UK, Canada, and Australia.

“For some of our older clients, the desire to return home has been a lifetime dream,” Karen McHugh of Safe Home Ireland told the Committee on Foreign Affairs and Trade in Dublin.

She said the barriers facing those who decide to return home include the high cost of car insurance, difficulties in obtaining driving licenses, the bureaucracy involved in opening bank accounts, the cost of third level education, and accessing social welfare.

Her group has helped exiles to return to Ireland for 18 years. Because it has been more difficult to obtain visas or work permits, they have noticed that fewer Irish people are moving to the US or Australia than in the past.

The harsh immigration regime in the US has halted the traditional flow of emigrants, while many of those who do live abroad just want to be closer to family and friends back in Ireland.

Last year, her group highlighted the ridiculous situation whereby a person who has been driving in San Francisco or Sydney for 20 years has to undertake a driving test upon moving back to Ireland.

“Our applicants have come from all corners of the globe and to all 26 counties. For the majority, their return was a positive lifelong dream and could not have been fulfilled without the intervention and support of Safe Home,” she said.

“We are now, however, facing challenges securing housing for those who are keen to move back via Safe Home and particularly to urban areas due to the current housing crisis.”

She said that the most important message for anyone in the US or Canada who is thinking of moving back is to do their homework first. This week, for example, she has dealt with two people from New York who cannot afford health care in the US.

People like them, who are determined to leave the US, might not realize the crisis (and long delays) in the Irish public health care system. Other emigrants moving back may be shocked by the cost of renting an apartment or house in the major towns and cities.

“We know that coming home offers so many opportunities and can be a very exciting prospect for most returning emigrants. However, we must point out that there are still many steps involved in making this move, so preparation is key,” she said.

“The most important message we would like to get across to anyone considering the move is to do their homework first, plan their move well in advance, and to get as much advice in advance as possible.

“Be prepared for the emotional challenges in returning home - this is particularly important if you have lived abroad for a long time or if you were not born in Ireland; as Ireland has changed, as have you.”

Safe Home Ireland have noticed an increase in the number of people returning home in “crisis situations”, perhaps because of visa problems overseas or health problems among those who do not have insurance in the US.

People who want to relocate to Ireland may not always want to live in the area they grew up in for a variety of reasons, due to issues such as family breakdown, institutional abuse, or shame.

“We recommend that returning emigrants are recognized as a distinct group in homeless service provision policies and are not forced to return to their local area if there are negative factors for same,” she said.

Some of the biggest problems reported to Safe Home Ireland include faceless bureaucracy or the difficulties older emigrants might have in accessing online services.

Non-residents may face long delays in accessing social protection supports or carers’ allowances if, for example, they decide to move back to Ireland to look after an elderly relative.

She spoke about one man who returned from the UK to look after his 87-year old uncle. Over 12 months later, he has still not received the Carers’ Allowance he is entitled to and he is currently going through a lengthy appeals process.

“I would say that administration and the bureaucracy is the biggest issue facing returnees,” she told IrishCentral.com. “There are delays everywhere. Not being able to speak to someone because it’s all online and depersonalized. You have to wait forever to speak to someone. If you come back unplanned and you don’t have IT literacy, you don’t know where to turn. Not everyone is computer literate.”

She told the committee that return emigration was “good for Ireland” and asked Government departments to work together to remove the barriers facing people who left Ireland during difficult economic and social times.

Representatives of Cross Care and The Irish Council for Prisoners Overseas also told the committee that a lack of knowledge, bureaucratic delays, and a severe shortage of housing ensured that returning to Ireland was becoming a crisis situation for many Irish people.

Ms. McHugh has urged any Irish Central readers who are thinking of returning home to Ireland from North America to contact her organization at www.safehomeireland.com.

* Ciaran Tierney won the Irish Current Affairs and Politics Blog of the Year award at the Tramline, Dublin, last month. Find him on Facebook or Twitter here. Visit his website here - CiaranTierney.com.