IrishCentral's most recent readers' poll had more than 400 respondents and a strong majority answer. 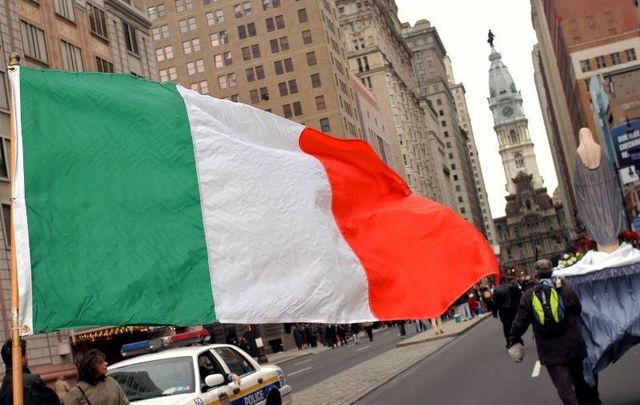 Over 400 people responded to our latest survey which asked whether or not the US-based Philly Mag should apologize for their St. Patrick’s Day comments which some people found to be “offensive.”

In an article that has since been edited about Philadelphia's St. Patrick's Day events. Philly Mag writer Claire Sasko wrote: “Here comes St. Patrick’s Day, and with it a wave of green-clad, likely intoxicated, Irish potato-eating Philadelphians and (plenty of) suburbanites.”

Irish and Irish Americans alike were quick to respond to Sasko’s comments, and Philly Mag quietly edited the article, but not without commenters taking screenshots first.

An online petition launched by Mary Larkin also began to circulate which sought an official apology from the Philadelphia publication. As of April 2, just over 1,600 people have signed it.

When asked for comment, Tom McGrath, editor of Philly Mag said: “I’m sorry that a few people have chosen to misread the line in the story as being disparaging of the Irish.”

“In fact, it was a general comment about the St. Patrick’s Day holiday in Philadelphia, during which people of various backgrounds have been known to enjoy a libation or two (I know because I’ve been one of them). And it was a comment about Philadelphian’s love of Irish Potatoes (the piece linked to a story about that delicious Philadelphia tradition).”

So we asked our readers last week - should Philly Mag apologize for their St. Patrick's Day comments?

More than 400 people responded and 80 percent said that yes, Philly Mag should apologize.

In the survey, close to 400 people left responses; here is a selection of comments left by those who participated in the survey:

“Talk about stereo typing a group of people! It is likely mostly NON Irish that perpetuate the drunken Irish image! Very degrading and insulting!”

“I didn't find it offensive! I'm not quite that thin skinned! I can take a joke!”

“If you are from Ireland we would NOT take offense at this , we know how to laugh at ourselves , we call this a bit of BANTER or CRAIC. Ease up people.”

“Free Speech. I could care less what this writer thinks. Irish are tougher and have endured much worse than some hack writers sucky joke.”

Name another ethnicity that would be acceptable to slander. Think about it.

“Wasn’t offensive. It’s everything st Patrick’s Day is known for.”

“The article was not describing Irish people, it was describing ALL people who celebrate Paddy’s Day in Philadelphia”

“I'm Irish and was not offended. I didn't read it as a stereotype I immediately thought of the food. Yes the holiday meaning has become lost but almost everyone I know, Irish and not Irish, celebrates St Patrick's day with alcohol”

“The article was edited because people were offended, an apology should accompany that....whether it was intentional or not. It's not the editors place to deny someone's feelings of being offended.”

“Because it was truth - Almost all of the participants in the parade or in the audience for the parade wore some green, the majority had a drink or many to celebrate (becoming at least slightly intoxicated), and Philadelphia does have a lot of residents who like to eat potatoes ... what's to apologise for - Telling the truth? I don't think so”

“The line as originally written was laden with demeaning stereotypes. They probably did not mean to offend. They certainly should have reviewed the article and removed the sentence.”

Share your thoughts on our latest poll in the comments!