A "perverted" US businessman who took an upskirt video during Dublin’s Pride parade has been jailed for two months. 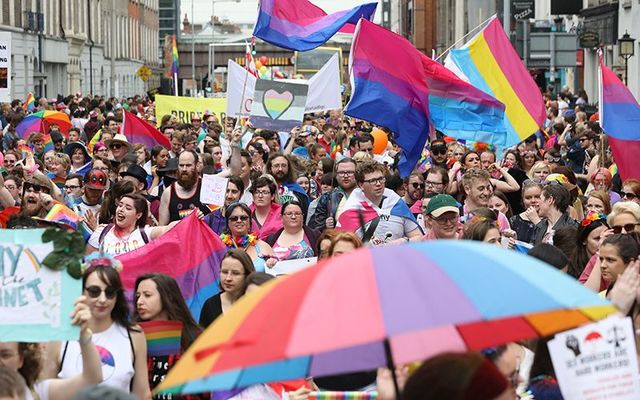 Russell Sykes (61), a married father-of-two and a software engineer from Augusta, South Carolina, was caught positioning his phone under a young woman’s skirt on O’Connell Street, in Dublin, during the city’s Pride parade on Sunday.

The woman in question saw him taking the video and chased him away before breaking down in tears.

Amazingly, Sykes returned to the scene of the crime dressed in a different t-shirt. He was recognized and consequently arrested when police found the images on his phone, the Herald reports.

Judge Conal Gibbons told Sykes his explanation that he got "caught up in the atmosphere" was a "lame excuse" and jailed him for two months.

"The day is long gone when men can simply use, abuse, and objectify women without their consent, for their own benefit or pleasure," Judge Gibbons said.

Sykes told the court he had got caught up in the atmosphere and it was a "stupid mistake". The software engineer had traveled to Ireland on business.

Defense solicitor Michael Hanahoe said, "on this particular occasion I couldn't help seeing some of the participants making their way back and there was a certain looseness of behavior".

It was a celebration of sexual liberation and there was "an atmosphere of looseness" with "sexual overtones", he said.

The Irish Independent reported that he stated, "I'll take your word for it, Mr. Hanahoe, but I would have thought the word that is used is 'pride', and it shouldn't mean lewd or offensive behavior," the judge said.

"You see people dressing up in an exaggerated fashion... but that is a long distance from somebody doing what Mr. Sykes did."

Sykes had three glasses of wine before going to the parade he told a probation officer.

The young woman stated she felt humiliated and worried that a recording of her private person would be put "all over the internet".

"There is something perverted about the actions of your client, they cannot be the actions of sensible, serious-minded person," the judge told  Hanahoe.

"To put it mildly, his behavior is the very antithesis of Pride."

Are you shocked by this crime and his defense? Let us know in the comments section below.